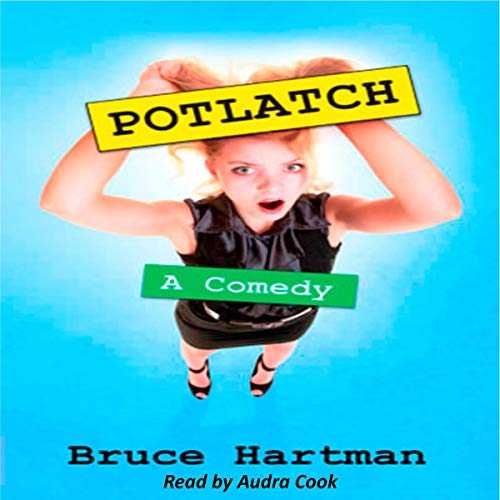 Have you ever wondered why life seems so complicated, so exhausting, so fattening, and yet so pointless and idiotic? It's all part of the Potlatch.

To Alice Coggins, the 24-year-old daughter of a South Philadelphia scam artist, everything looks like a racket: endless serf-like internships, student loans that can never be repaid, and high-minded charities run by swindlers for the benefit of rich donors. Things only get worse when she meets Andrew Ogleby, a scion of blue-bloods who is engaged to a bulimic pet-food heiress he can't bring himself to marry. As their Cinderella romance unfolds, Alice and Andrew must battle their families, the mob, and most of all the ubiquitous "Potlatch": a vast conspiracy of conspicuous waste directed by the powers that be to keep the populace - and especially the young people - from even thinking about doing anything useful.