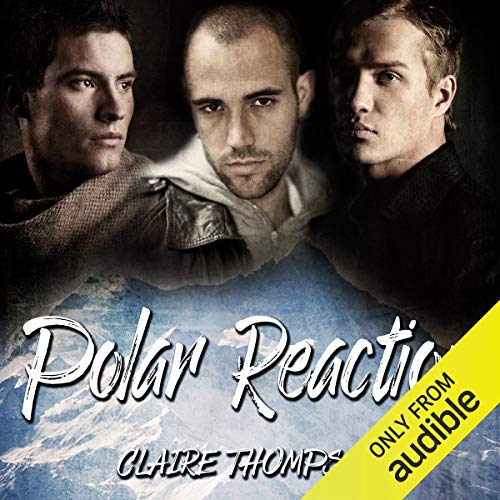 A passion hot enough to melt a glacier. A love that shakes them to the core...

The savage Antarctic winter is closing in, and three research scientists are scheduled for the last flight out - until an unexpected blizzard traps all three of them in the compound. There's Tuck, who joined the project only to be close to sexy-but-straight Brendan, the man of his dreams. And Jamie, who has always admired the other two from afar.

Thrown into a dangerous situation, the three of them turn to each other for survival, solace...and more. As Brendan overcomes his confusion over his impulses, the trio begin a sexual exploration that explodes into passion and unbridled lust.

Once the rescue helicopter airlifts them to safety, Brendan comes to his senses, returning home to his carefully constructed, closeted life. But there's a Brendan-shaped hole left behind in Tuck's and Jamie's hearts. There's only one way to fill it: by breaking through Brendan's reserve to reclaim the man they both love.

Narrator is a bit too old to be believable

I’ve owned this audiobook forever and – for whatever reason – never listened to it. So, I decided now’s a great time to see why – or what I was missing.

Well…. On the one hand it has a lot going for it. It has geeks forced into a tight space with the air of “this might be our last kiss” about them. It has two – closeted – gay men and one bi-curious/in denial gay man who are thrown together and in a situation where passion finally ignites.

I thought that there was a lot of great tension that bled into a lot of great physicality. Beyond that, the relationship building was practically non-existent.

The triad barely worked – one part of the dynamic – Jamie and Tuck – clearly feels more than Brendan – and though – by the end – they’ve worked this out – it never felt solid or like a true, balanced triad.

As for the narrator, he didn’t really work for me. His voice is a bit too old and he didn’t do enough to differentiate the MCs so it was hard to know who was doing what or when and I had to keep reversing to see what was up. (It’s hard enough with 3 MCs – all male – but the narration didn’t help to keep them separate.)

All in all I wouldn’t recommend the audiobook – it wasn’t that enjoyable – and the story was good if you enjoy ménage sex – but it wasn’t great if you’re looking for a great romance.

This is a great story. I loved all the characters and the narrator. Great job