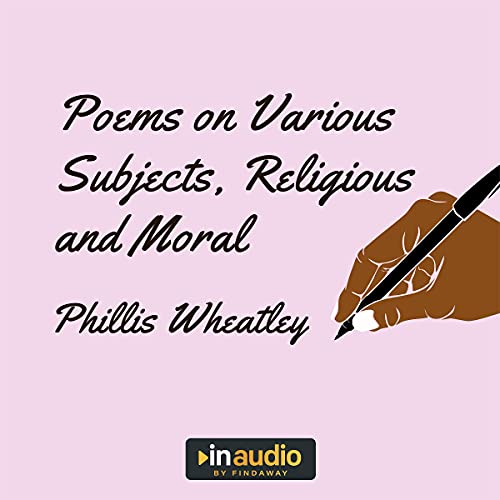 By: Phillis Wheatley
Narrated by: Simone Gayuma
Try for £0.00

Poems on Various Subjects, Religious and Moral was the first published book of poetry by an African-American woman. Phillis Wheatley was a servant to a family in Massachusetts, and initially promoted her poetry in Boston newspapers to find a publisher. When she was initially unable to find a publisher in America, she sent her poetry overseas to England, hoping to eventually find someone who would both believe in the authenticity of her words and allow them to be widely printed.

The significance of this collection is not in its contents alone, but in the fact that it was published and the work that went into it. To publish the collection, Phillis was required to attest before 18 Bostonian men (including John Hancock) to ensure that she had written the poems herself, and explain how she was able to learn reading and writing as a servant. Such extreme verification was required of Black writers for many generations, and is an example of the hardships that Black people faced in progressing in a society based on white “racial superiority”.

What listeners say about Poems on Various Subjects, Religious and Moral