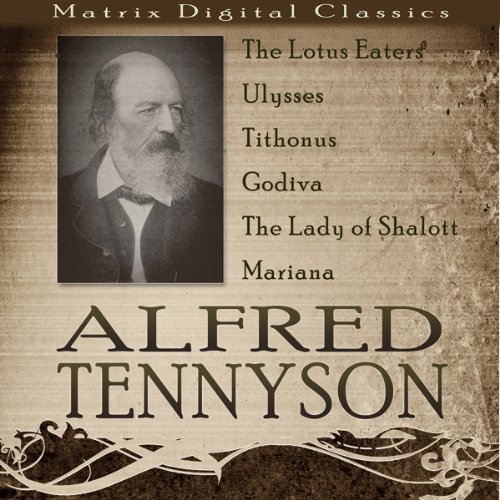 Alfred Tennyson, 1st Baron Tennyson (6 August 1809 - 6 October 1892) was Poet Laureate of the United Kingdom and remains one of the most popular poets in the English language. He was born in Somersby, Lincolnshire, a rector's son and fourth of 12 children and reportedly a descendant of King Edward III of England.

This audiobook collects together six of his finest poems including 'The Lotus-Eaters', 'Ulysses', 'Tithonus', 'Godiva', 'The Lady of Shalott', and 'Mariana'. These poems also form part of the AQA AS/A Level syllabus 2009-2011 and will prove invaluable to students of English literature and poetry.

What listeners say about Alfred Tennyson