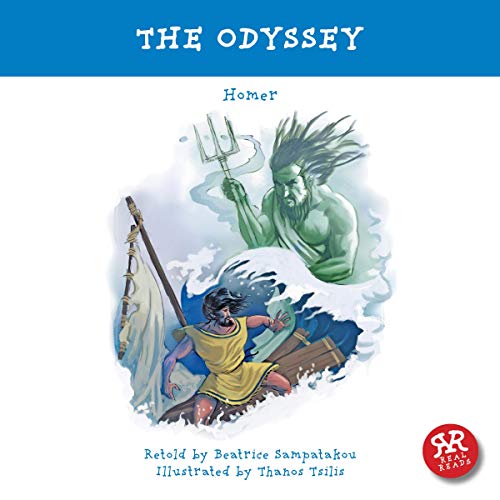 By: Homer,Beatrice Sampatakou - adaptation
Narrated by: Jonathan Vickers
Try for £0.00

After ten long years of war and the fall of Troy, Greek hero Odysseus sets sail for his homeland. His voyage, however, is destined to take much longer than he expects.

During his eventful journey, Odysseus comes across all sorts of monsters and mythical creatures and loses his ships and crew. When he finally reaches his beloved island, he finds his queen besieged by suitors who claim his throne. What tricks will Penelope resort to in her effort to avoid them? And how does Odysseus get rid of the impudent suitors and regain his wife and kingdom?

The amazing adventures of the legendary hero come alive in this masterful retelling of Odysseus’ epic voyage.

What listeners say about The Odyssey