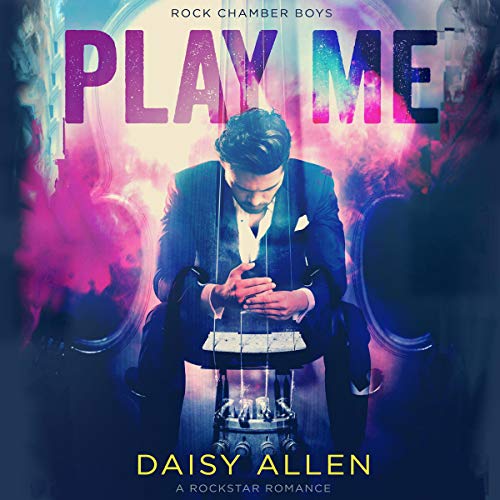 “Just one kiss, Cadence. And I’ll agree to everything.” I whisper against her ear.
I can see a twitch in her jaw, and it’s driving me crazy not to drag my lips along it.
“Sebastian”, she chokes softly on my name.
And I don’t give her a chance to continue.

They say he’s a rock star with a difference.
But he’s still a rock star all the same.
Rich. Sexy. Famous. Godlike.
So, when Cadence, a music teacher with a heart of gold, catches Sebastian’s eye, it doesn’t matter that he can give her the world. All she wants is her safe, quiet life, hidden in the shadows.
But it's too late, she's gotten under his skin, buried there with her sweet, sexy eyes and a body that keeps him tossing and turning at night.
And he'll do anything to have her. Mind. Body. Soul.

What he doesn't realize, is that a secret past comes with the package, one she'll do anything to hide from.
He might be able to offer her the world, but he can't erase her history.
And when it comes back to haunt her, there’s nothing that even the world’s biggest rock star can do to save her.

So what happens when Sebastian’s burning desire for Cadence clashes with her crippling fear of scrutiny?

Find out in this hot and steamy rock star romance - Book One in the Rock Chamber Boys series.

What listeners say about Play Me

This was a sweet enjoyable book with a good storyline. Narration wasn't the best I've heard, but wasn't bad.

This book was absolutely fantastic and I enjoyed every second of it. The narration and the book were so good together

This was a very sweet love story with both conflict and resolution. The only complaint would have been the narrator could have distinguished the voices more.

Love the boys in the band.

Audible US: The narration had me confused at the start of this book. Sebastian has a strong accent, but his actions were described in "plain talk." I kept thinking someone else was doing them. After I got over that, I thoroughly enjoyed this story! The boys in the band were so funny and vulgar! They were from different countries, so their swear words were awesome! Then, Cadence, a music teacher with a heart of gold, but a past that makes you want to cry. And Sebastian, a cellist, rich, handsome, generous, kind, persistent. They all make for a wonderful, full of feels, read.
I voluntarily reviewed a complimentary copy of this book

This story was so good. Just enough flirt to make my heart pitter-patter. Just enough banter to make me smile, laugh, and make me fall in love with the band members. Just enough intrigue to keep me wanting to know more. Allen has woven a great tale with this book. I can't wait to read on!

I was incredibly impressed with the narrator's performance with this story. Emma Tigan was perfect for it - she could carry a tune, perform multiple accents well, and the production of the narration was better than even publisher version. I will definitely consume any other audiobooks by Allen or Tigan!!

Play Me an Audiobook by Daisy Allen is a wonderfully romantic story of Sebastian and Cadence. I was totally immersed and caught up in this phenomenal story!!! She’s a music teacher and cellist….he’s a rock star. They meet in a music store. Sigh-worthy story!!!!

The narration by Emma Tigan was ABSOLUTELY FABULOUS!!!!!!! She captured all the major characters perfectly. She did a great job with the supporting characters as well!

I voluntarily received an Advance Copy of this Audiobook for an honest review.

Phenomenal story! I admittedly usually prefer to read over audio but this narrator kept me engaged with her well executed voices. The story was sweet and steamy. I really enjoyed how the group wasn't a typical rock band. Can't wait to hear what the rest of the Rock Chamber boys get into!