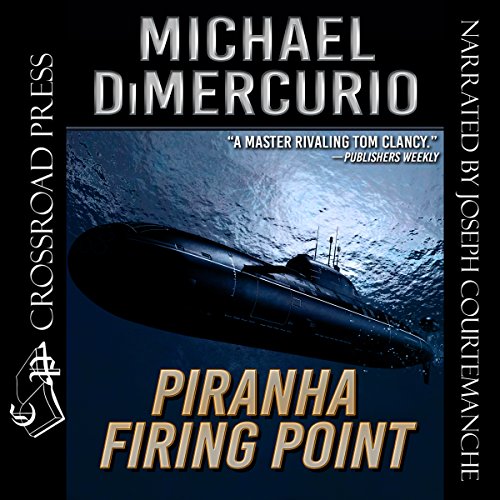 The East China Sea. Six Japanese submarines are attacked and believed destroyed. To the world, it seems like an accident. But to one man, former submarine commander Dick Donchez, it is the first act of war. He alone knows the truth: That the old guard of Red China has stolen the subs to wage a massive attack against the new Free China.

Vice Admiral Michael Pacino can't prove Donchez's theory. The US government will not officially retaliate. But when a full-scale battle erupts, Pacino is quickly given command of the Navy's latest undersea weapon - the highly classified submarine known as SSNX. It is America's most advanced and sophisticated warship - and the world's only hope in the final, desperate war for freedom.

Naval Carnage On A Grand Scale

I've read both Douglas Reeman and Tom Clancy and neither of them are able to pen a novel about submarines like Michael DiMercurio can. Despite Reeman having served in the surface navy in World War 2 and forgetting the fact that i believe Clancy started life as an insurance salesmen, neither have the first hand experience to really put you inside the tense control room of a nuclear powered attack submarine during combat. Well, not so far in my experience but I'd love anyone to correct me on that or point out another author who can.

DiMercurio served aboard U.S fast attack boats during the Cold War so knows his stuff. I think this book is the final in the Michael Pacino series. There is another book not on Audible yet, Terminal Run, that has Pacino's son take up the naval family tradition.

DiMercurio knows how to write a naval thriller and does it well. However, this book isn't without its weaker elements. In order for the writer to contrive the eventual turkey shoot that ensues against the U.S surface task force sent to show intent to the enemy, the President of the U.S is convinced by a top advisor to have their huge fleet assembled in neat lines and ignore the known threat of a number of highly advanced submarines in its path. In reality, no leader would ignore the advice of a highly experienced and decorated submariner in favour of a bureaucrat wanting to wave the Stars and Stripes in the hopes of scaring the enemy away. Doesn't work like that but DiMercurio has to spend all of chapter 10, I think it was, going around in circles with lengthy dialogue exchanges in order to come up with this very contrived outcome. To be fair, I can't think of any writer that could credibly come up with any reasoning that would allow unprotected carriers to steam out in neat columns into the face of an advanced submerged foe. So, contrived as it was, I guess to have the set piece slaughter of the fleet that this was the only way to do it.

Once out of the political back story we find DiMercurio much more in his element and able to drive the story along nicely.

As mentioned in another review within this series, the narrator lets down these stories. He hardly tries to change his voice during dialogue exchanges and we often have no idea who is speaking until the author tells us. This can sometimes make for confusing rapid exchanges where it is not mentioned each time who spoke. However, the reader does make some decent attempts at foreign name pronunciation.

The ending is as predictable as you might imagine with our hero winning out under incredible adversity. That's fine, we expect that but I have to say that so many U.S centric authors tend to overdo the patriotic thing and the closing pages are rather cheesy it must be said.

All in all though, Piranha Firing Point is a good read which really puts the reader into the thick of the action.