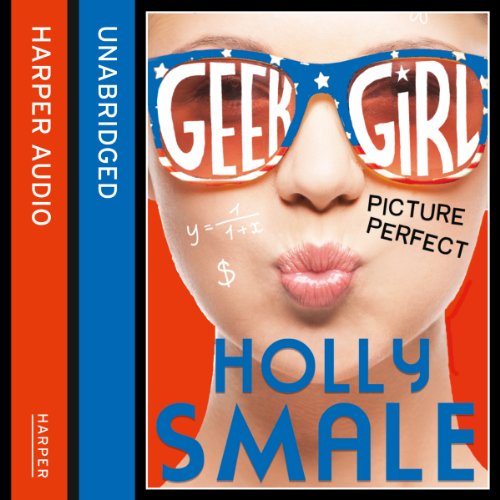 "My name is Harriet Manners, and I'll always be a geek." It's the hilarious third book in the best-selling, award-winning Geek Girl series!

Harriet Manners knows more facts than most. She knows that New York is the most populous city in the United States. She knows that its official motto is ‘Ever Upward'. She knows that one in 38 people living in the US lives there. But she knows nothing whatsoever about modelling in the Big Apple and how her family will cope with life stateside. Or ‘becoming a brand' as the models in New York say. And even more importantly, what to do when the big romantic gestures aren't coming your way from your boyfriend….

Does geek girl go too far this time? The laugh-out-loud follow-up to award-winning debut Geek Girl and Model Misfit will have you in stitches!

"Loved Geek Girl. Wise, funny and true, with a proper nerd heroine you're laughing with as much as at. Almost." (James Henry, writer of Smack the Pony and Green Wing)
"A feel-good satisfying gem that will have teens smiling from cover to cover, and walking a little taller after reading" (Books for Keeps)
"I would highly recommend Geek Girl to anyone who likes a good laugh and enjoys a one-of-a-kind story." (Mia, Guardian Children's Books website)

Review: another hit from holly Smale, I love this series and couldn't wait to get my hands on this one, plus it was in beautiful hardback. Now that does mean that it doesn't match my other GG books but it is gorgeous and has some beautiful glasses on the actual cover itself, not that we judge books by their covers of course!

This story starts with a bang just like the others and the rest of the storyline carries on from there bringing mishaps and mayhem all the way through. There are some genuinely laugh out loud moments, as we can expect from this writer, but also some real aww moments and some times where Harriet gets herself in a fair amount of bother! The wonderful thing about this particular storyline is that it's all set around New York which makes for some fab NYC moments and a bit of romance on the Brooklyn Bridge too!

Harriet really excels in this latest novel. She is about to turn 16 and this really is a coming of age novel for her. She is still just as clueless when it comes to real life, despite her head for facts and figures but over the course of this novel we see her rebelling just a little bit more. I really liked her for this and it made for some excellent comedy moments! Nicks really comes into his own in the book too, he features a lot more heavily and is a bit of a grounding influence when it comes to Harriet. Of course Wilbur returns in this book, we love him and it wouldn't be the same without him and Harriet's parents also play a slightly bigger part this time. Because most of the novel is set in New York, we don't see as much of Harriet's friends from back home but they are ever present on the end of a phone, or in emails sent back and forth-lovely!

Overall this was just a really fun read. With a Geek Girl novel you know you are going to get some really funny moments, almost slapstick comedy but with a strong moral message and a strong feminist message as well. Harriet seems to be struggling with the feminist issue more in this novel, but it really comes through in the end. The book is well rounded, pacey and just a really good read. I think it would work as a stand alone but it would definitely recommending reading the previous two books first because they are both awesome in themselves!

Absolutely fantastic! The story is fabulous and the narrator with the different voices in great. Overall fabulous experience. Loved it! Recommend it to teens 😄.