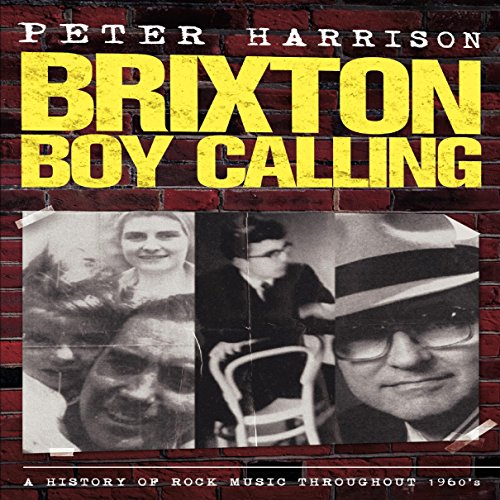 By: Peter Harrison
Narrated by: Mark Willis
Try for £0.00

When I opened my office in Archer Street, Piccadilly, London, business was very slow. I then started booking all the beat clubs and coffee bars in Soho. But the business only became a success when I focused my efforts on colleges and universities. I then formed College Entertainments Ltd. I was managing director until 1972 when I married the love of my life. That is when I sold the company after enjoying 12 hectic years of rock music success. That period from 1960 until the early '70s was an exciting, explosive, crazy roller coaster ride. It was a frantic time. The start of unadulterated rock music. I started out with nothing.

I was broke and lived on Tulse Hill estate in Brixton. Homeless people have been known to refuse accommodation on that notorious estate.

I go into detail about my rock music adventures later.

But here are some tasty intro tit bits.

Some rock hors d'oeuvres to keep you going before I introduce the main menu.

Led Zeppelin: Back in 1968 their manager, Peter Grant, phoned me and said that as I had been one of the best agents for The Yardbirds, I could be the first agent to book new incarnation, Led Zeppelin.

Within the hour of Peter Grant's call I had booked them for their very first gig at Surrey University. And the fee was just a few hundred pounds.

They became an iconic rock band and Led Zeppelin will live for evermore. Much of it is down to their tough, shrewd manager. And to think the young Peter Grant, in the late 1950s, was the doorman at the 2i's coffee bar in Old Compton Street.

Before I started my rock music agency I was a young representative for Jukebox Distributors Ltd in Wardour Street.

Because I was a crazy teenager crazy about pop rock music, they let me select all the records for that big famous Jukebox in the 2i's, I seem to remember it was a Wurlitzer.

What listeners say about Peter Harrison

A great read, and a great narration too! I would definitely recommend giving this a listen! Lot's of interesting tales.