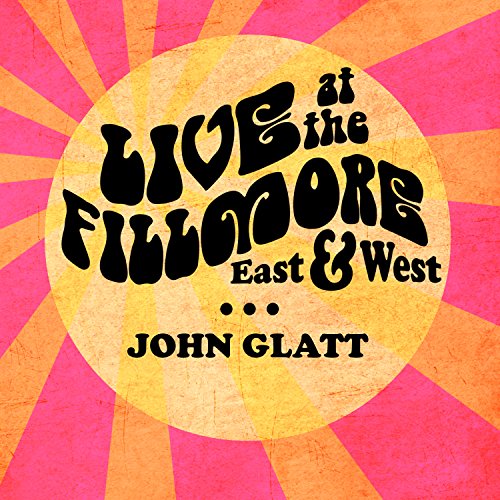 Live at the Fillmore East and West

Live at the Fillmore East and West

In 1968, rock promoter Bill Graham launched the Fillmore East in New York City and the Fillmore West in San Francisco, changing music forever. For three years, every major rock band played the Fillmores, performing legendary shows: Jimi Hendrix, the Grateful Dead, Santana, Jefferson Airplane, Led Zeppelin, Cream, the Allman Brothers, and many more. John Glatt tells the story of the Fillmores through the lives of Bill Graham, Janis Joplin, Grace Slick, Carlos Santana, and an all-star supporting cast. Chronicling the East and West Coast cultures of the late 1960s and early 1970s - New York City with its speed, heroin, and the Velvet Underground versus San Francisco with the LSD-drenched Summer of Love - Glatt reveals how Graham made it all possible. But why did Graham shutter both Fillmores within weeks of each other in 1971, during the height of their popularity? Live at the Fillmore East and West reveals how Graham's claim that "the flowers wilted and the scene changed" was not quite the whole story.

What listeners say about Live at the Fillmore East and West

can't say anything bad about the book itself. exactly what o had hoped for. the narrator is very sing songy in his reading and it took me a long while to get used to his delivery. a bit too much like he's trying "perform" his reading rather than just telling the story.

You have to keep in mind, this is in 60's & 70's. Boring then good. All you hear about is freaking, Jefferson Airplane... ugghh. I don't care for their music... but they were hugely successful then. You hear very little about Hendrix. But the stuff about, Bill Graham was good. Shows how money, can change you...for the worse. The narrator was okay. Sometimes it could get nerve racking. But then again, this was a different time. Too bad both venues are gone now. A lot musical history there.

I purchased this audiobook for a road trip for me and my man to listen to while traveling and we loved it. It brought back memories for him growing up around San Fransisco during that era. He's seen many of these groups. Mostly Winterland, Berkeley Community Theater, Altamont Speedway and Sacramento Memorial Auditorium. He's several years older than myself but nothing in this book was lost on me.

I found the audiobook to be really good. It was a big piece of rock n' roll history where through Phil Graham, many of these groups received exposure. It was equally fun listening to some of the stories about some of my rock heroes such as Santana, Janis Joplin, Jefferson Airplane, and Grateful Dead along with many others including Quicksilver Messenger Service.

Overall, this was a really good purchase providing several hours of enjoyment. Peter Berkrot did a great job narrating this audiobook. No complaints from hubby. He thought it was a perfect fit.

what an amazing story and well worth a listen

I may listen to it again.

Well done! I may listen to it again in a year or so. Good pace. If you're a golden like me you will love it!

Great behind the scenes history of Rock shows

A very thorough and entertaining account of the birth of not only the San Francisco rock scene, but of the good, old fashioned, rock shows of the late 60's and early to mid 70's. The inside details of what true rock shows were before the arena age of rock was born. I could imagine myself seeing 3 top bands, one evening, in an intimate setting, for $3.00! I am still unsure of what came first, the chicken or the egg. Did the bands get greedy and make these type of shows no longer viable? Or was it the promoters, like Graham that pushed their profits up to where it was no longer viable? Although still not sure, I really wish days like that were still available, I would be a constant at the shows. The Grateful Dead, Jefferson Airplane and Janis Joplin on the same bill???!!! What a time to be alive and a music fan.

Good stories, but spent almost too much time on Carlos Santana, Grace Slick, and Janis Joplin...

this has some fascinating insights that lets you know how things were back then. a nice read

No way I can't get thru all inadequate
facts;very tasteless & EVEN offensive to we folks know better...

People with lots of time on their hands and no other resources.

Would you be willing to try another one of Peter Berkrot’s performances?

What character would you cut from Live at the Fillmore East and West?

How about Bill Graham?

I listened up to the point - quite early - when Graham, his wife 8 months pregnant, takes up with an underage hippie chick. Considering this was part of the Fillmore ambience, it's probably fortunate for Graham that he died before this book was published, or there might be a follow-up report a la Jimmy Saville.