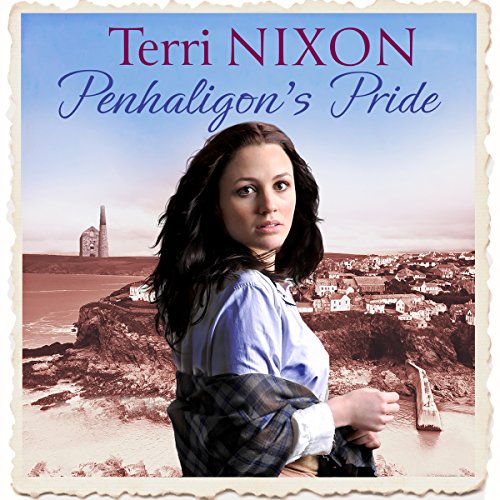 By: Terri Nixon
Narrated by: Penelope Freeman
Try for £0.00

1910. Anna Garvey and her daughter are still running the Tin Streamer's Arms in Caernoweth, Cornwall, and it finally seems like she has left her tumultuous history behind in Ireland. Meanwhile, Freya Penhaligon has blossomed and is now the object of increasing affection of Hugh, the elder son of the wealthy Batten family.

After the dramatic events of the previous months, it feels like everything is finally getting back to normal. But when Anna inadvertently reveals something she shouldn't, she finds herself at the centre of a blackmail plot, and it seems like the past she longed to escape is coming back to haunt her.

To make matters worse, the tiny fishing hamlet is battered by a terrible storm, and shifting relationships find themselves under more scrutiny than ever before. With the Penhaligon family at breaking point, it will take enormous strength and courage to bring them back together - but is it already too late?

What listeners say about Penhaligon's Pride

Historical fiction at its best

A worthy sequel to 'Attic' which was every bit as enjoyable as 'Pride'. Well rounded characters and plenty of suspense too. The narration was excellent, the accents endearing. I can hardly wait for the next one in this series.