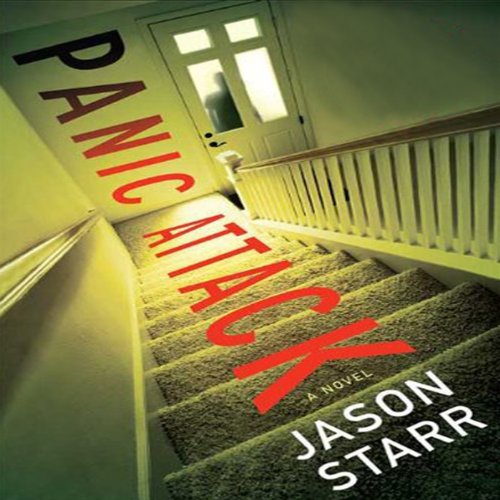 An intruder, a desperate struggle, a family under siege: This is Jason Starr's most provocative and suspenseful novel to date.

Dr. Adam Bloom has the perfect life. He's financially secure and lives in a luxurious house with his wife, Dana, and their 22-year-old daughter, Marissa, a recent college graduate. Late one night, his daughter wakes him up and says, "Somebody's downstairs." Adam uses his gun to kill one of the unarmed intruders, but the other escapes. From that moment on, everyone's life in the Bloom household will never be the same.

Adam doesnt feel safe, not with the other intruder out there somewhere, knowing where he lives. Dana suggests moving, but Adam has lived in the house all his life and he doesnt want to run away. As the family recovers from the break-in and the Bloom's already rocky relationship rapidly falls apart, Marissa meets a young, talented artist named Xan. Adam feels that something's not quite right with Xan, but his daughter ignores his warnings and falls deeply in love with him. When suspicious things start happening to the Blooms all over again, Adam realizes that his first instinct about Xan was probably dead on.

With Panic Attack, Jason Starr is at his best, crafting a harrowing novel that will blow listeners away.

"Funny and suspenseful, this novel is Starr delightfully at the top of his game." ( Publishers Weekly)

Very entertaining and worth a listen

fantastic, could not stop listening this very tense story.

This book was quite predictable and slow spots throughout the book. Would not recommend, too many good books out there.

The only good things I can say, is that I liked the narrator and I liked the general idea for the story. It's told from the perspective of four extremely unlikeable characters (mom, dad, daughter & psycho). Each is totally self-absorbed and it was impossible for me to feel compassion or relate to any of them. Possibly, if the ending had been different, I would have given the book 2 stars. Very unsatisfying and not recommended.