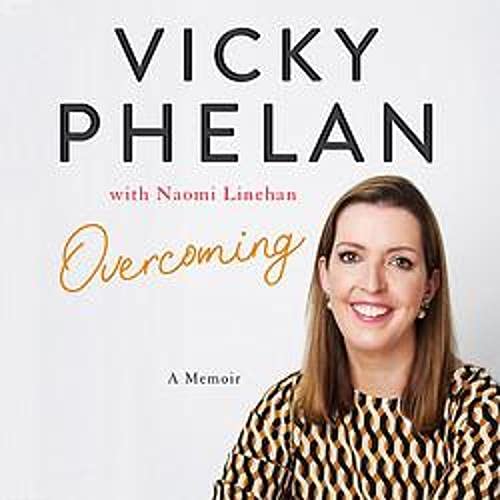 By: Vicky Phelan
Narrated by: Aoife McMahon
Try for £0.00

'If there's any message I want people to take from this book, it is hope that, even in the hardest of times, life is worth living, one precious moment at a time.' (Vicky Phelan)

When Vicky Phelan delivered an emotionally charged statement from the steps of the Four Courts in April 2018 - having refused to sign a nondisclosure agreement in the settlement of her action against the HSE - she unearthed the medical and political scandal of our times. It would emerge that, like Vicky, 220 other women who were diagnosed with cervical cancer were not informed that a clinical audit - carried out by the national screen programme CervicalCheck - had revised their earlier, negative smear tests. Their cancers could possibly have been preventable.

Since then, Vicky has become women's voice for justice on the issue, and her system-changing activism has made her a household name.

In her memoir Overcoming, Vicky shares her remarkable personal story, from a life-threatening accident in early adulthood through to motherhood, a battle with depression, her devastating later discovery that her cancer had returned in shocking circumstances - and the ensuing detective-like scrutiny of events that led the charge for her history-making legal action.

An inspiring story of rare resilience and power, Overcoming is an account of how one woman can move mountains - even when she is fighting for her own life - and of finding happiness and strength in the toughest of times.

What listeners say about Overcoming

An incredible story written by an incredible woman. A story of life, loss, hope and resilience.

Really informative, sad but enjoyable read/listen.
Well done Vicky, we are behind you all the way.

The narrator was brilliant.

loved this book, had me in tears at times,. Vicky is an inspiration to us all.

Vicky is an inspiration to all and her story should be heard. She has overcome so much in her life and keeps going.

This is a powerful book, an emotional book and an uplifting book. Vicki writes from the heart telling her life story from her childhood right up to the present day ( well almost) She gives a frank account of every trial and tribulation she encountered, of which there were many, culminating in the final stages, with her cancer diagnosis and her struggles to expose the cervical cancer scandal which she uncovered. Her book is full of happiness and sadness and everything in between, an absolutely riveting read. Well done Vicki. This is truly a wonderful book.

Wow. A must-read by an Irish hero and queen. Lifts the lid on the Irish cervical smear scandal and shows us how one woman's bravery unites a nation.

Absolutely blown away by this woman's story. A very emotional read/listen of Vicky Phelan's life which shows her extraordinary grit, intelligence, empathy and most of all bravery in the face of enormous challenges none of us should ever have to face. Vicky should be proud too, to have accomplished so much during her toughest times.

I found the performance to be excellent too, with all the emotions sounding very raw just like it was the author reading it.

Highly recommended but have the tissues nearby, I dont think I've ever cried so much listening to a book.

what areas what a lady vicky is.such an amazing read.thank you for putting your story into words.

I loved this book and didn't want it to end. She is an incredible person and her story is so important to all Irish women.

this book is outstanding. it changed Ireland, and the health service. so much of it is familiar, and in recent memory. I'm glad to have heard it from this viewpoint. amazing. xx