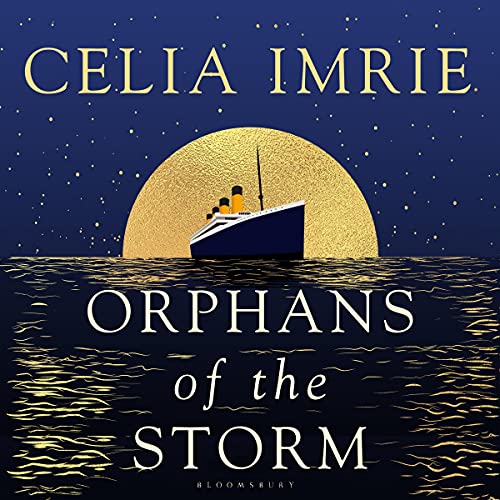 Orphans of the Storm

Nice, France, 1911: After three years of marriage, young seamstress Marcela Caretto has finally had enough. Her husband, Michael, an ambitious tailor, has become cruel and controlling, and she is determined to get a divorce.

But while awaiting the judge's decision on the custody of their two small boys, Michael receives news that changes everything.

Meanwhile fun-loving New York socialite Margaret Hays is touring Europe with some friends. Restless, she resolves to head home aboard the most celebrated steamer in the world - RMS Titanic.

As the ship sets sail for America, carrying two infants bearing false names, the paths of Marcela, Michael and Margaret cross - and nothing will ever be the same again.

From the Sunday Times best-selling author, Celia Imrie, Orphans of the Storm dives into the waters of the past to unearth a sweeping epic tale of the sinking of the Titanic that radiates with humanity and hums with life.

What listeners say about Orphans of the Storm

Best book i have read in a long time! laughed and cried my way through each page. The Titanic disaster has always been part of my life and this book did not disappoint. I am blown away by it. I wont forget each character. praise to the author

brilliant from start to finish

just stayed up all night to finish this book, loved the way it tells a story, then gives you the research and facts. Didnt really want it to finish.

Immaculate performance by Celia Imrie and fascinating to listen to the research by Fidelis Morgan. I had assumed that most of it was fictional but of course the opposite is true. Great collaboration.

Having read Celia Imrie’s previous books, I was looking forward to this one. Sadly, I was disappointed. I found the main character, Marcella, quite unsympathetic. Clearly, she was a young woman and somewhat impulsive but I found her fairly 2 dimensional. Her husband, Michael, was like a pantomime villain.
I did not enjoy large chunks of the performance - the singing was rather painful and the rendition of a cock crowing scared my dog.
Thought the final chapter on the research riveting though.

this recording is historical but the story has you gripped form the start . Even though you know what happens to the titanic your heart is in your mouth when you get to that part I can't recommend this book enough x

Different to her usual books but an interesting story. Easy to listen too and a happy ending.

Struggling to get into this book. Muffled audio, singing author? Not for me. No.

First of all the narration by Celia Imrie was first class - the accents were great and the drama was beautifully done. The story has been thoroughly researched which made it all the more gripping. I loved all the details about Nice, the people, the way of living but to hear the "actual" events through the eyes of different passengers aboard the Titanic was gripping. The suspense rippled through the book and the chapters were well crafted in their order to build on this. The epilogue was very interesting too. I thoroughly recommend this book