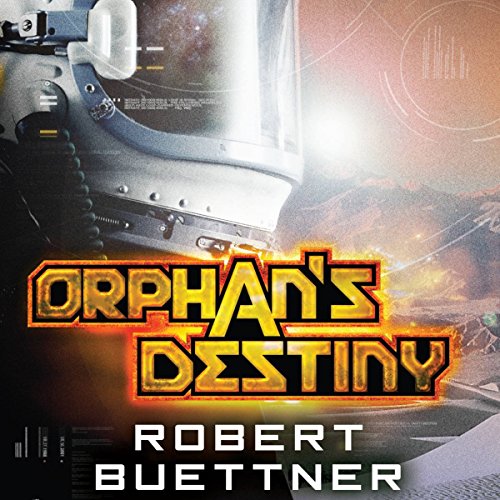 At 25, General Jason Wander has fought and won man's only alien conflict. Now, after long years in space, he's coming home...but to what? Earth's desperate nations, impoverished by war damage and military spending, are slashing defense budgets. There's just one problem with this new worldwide policy - the first alien invasion was merely Plan A.

Suddenly, the real assault begins: Earth is attacked by a vast armada of city-sized warships. To block their invasion, mankind has only one surviving craft and a single guerrilla strike force...a suicide squad led by Jason Wander.

What listeners say about Orphan's Destiny

Yes, the story deals with some very dire happenings, but it manages to be light-hearted. This is book two and I intend to listen to the entire series.

Good but it drags a bit

THe first book was pretty good. again i dont care for books this short, how ever i like the characters, i also like the concept of the story. the narrators character voices are a little annoying. not to give away the story but its been done before and its been dont in allot of the military/sci fi stuff that i like. this one has a heros return, hero doesent like the way he is being paraded around. they are telling him to stay stuff, he wont say the stuff. but the story is still good. and still fast paced like the first book. i cant wait to get to book 3. but with books this short i run out of credits.