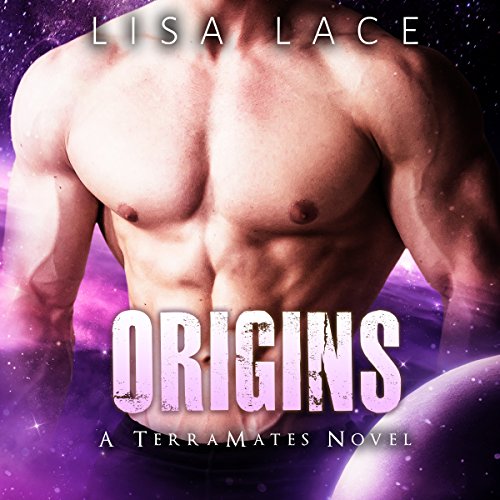 My name is Sophie Lynch. I've just become the leader for Single for Life.

I'm spending three days vacationing on Biyaha with a hot alien who needs to get married before he turns 25. We can't keep our hands off each other.

I've got a problem.

This is the story of how I will create TerraMates.

This is about Sophie, Single for Life member on Earth. She is one who vows not to marry and have kids due to over population on Earth is a friend with Khellen from another planet via text. He has to get married by the time he is 25 or he could disappear. No one knows what happens to people who do not marry my 25/ Their planet has the opposite problem than Earth. Khellen wants to marry for love and not just for the sake of being married by force. Sophie has to take some time off so she decides to visit Khellen. They actually care about each other but can't
seem to admit it. He already has agreed to marry someone so he won't disappear. Will he go through with it? Will they finally admit their love? I received this audiobook as a gift for an honest opinion. I have enjoyed the Terra mate books.

How it all Began

I love knowing how TerraMates got started. Great story and writing. Lots of action and drama keep things moving at a good pace. This was a great addition to the TerraMates Series. I love that all of these are different, though….Gotta say…keeping in mind that I did love the book, I hated Sophie for a good chunk of it. Good thing Kellan is much more forgiving than I am. I'm glad for how things turned out for him, that Sophie did finally redeem herself and the eventual HEA and birth of TerraMates. It was a roller coaster ride, and I'm not sure if this is the end, but if so, it's a great way to wrap up a very entertaining series.

Some days "Single for Life"……

Spoiler Alert:
I think this is one of the most creative TerraMates yet! Sophie has just joined the new movement on earth in an attempt to help preserve the remaining resources for an over-populated earth. Before she takes this final leap, and dives deep into her new career with Singe for Life, she goes on a surprise visit with her "virtual" best friend Khellan who she's known for years.

Khellan's time clock is clicking down fast! He's about to turn 25, and per their planet's marriage mandate, he must be married by 25, or he will become one of the disappeared, and never seen again. No pressure there! Thanks to his mom's interference, things don't look so dire when she finds him a compatible bride. Not really liking the idea, or having one himself, he reluctantly agrees. Luckily, he can always count on his virtual best friend, Sophie, to help raise his sprits. In her most recent message, she tells him to be expecting a surprise. Well, he's definitely surprised a few days later when he sees her on the beach while taking his morning swim, but gosh Sophie timing is all wrong, he's getting married. At least, his best friend will be able to attend his wedding before she has to return back to earth. Until then, he plans on showing Sophie a good time and all the luxuries his planet has to offer.

Sophie and Khellan are having a great time, but they didn't count on finding each other attractive, irresistible, and developing feelings. Their situation turns more awkward, when Khellan's "wife to be" will not be able to make it back to his planet in time for him to be married before he turns 25. Out of time, and options, he ask his best friend to marry him, but can he convince this "Single for Life" to marry him….

Paul Brion and Kelly Morgan did a great job narrating the story. I liked both of their performances, and how they portrayed the characters.

I've really enjoyed this series. The stories are easily standalones, can be read out of order, each book as a unique plot and characters, fairly short and not bogged down with complex plots or details. The best part, romance, HEA and no cliffhangers. I received this audio in exchange for an honest review.

If you could sum up Origins in three words, what would they be?

I love the fact that this had a great story line, all sorts of feelings and misunderstanding along with some hot sex scenes and a happily every after. You really can't ask for anything more!

I was given this book in return for honest unbiased opinion. TerraMates is such a great series but Origins is so good. The narration is strong and the story is well written. I loved it!!

I really enjoyed learning how Terramates came about. There was a lot of drama and some action as well. It all came together to fill in the gap about how it all began and the necessity of a program like this to solve the problem of overpopulation.

Sophie is a great character but she could be very frustrating at times with her "Single for Life" ideas.

Khellan lives in a planet with the opposite problem then Earth. It is mandatory for everyone to get married before turning 25 and birth control is illegal.

Sophie and Khellan are best friends although they have only known each other online. Sophie gets a promotion and decides to visit her best friend with the time she has off.

They fall for each other and things get complicated. Sophie did annoy me with her stupid requests that ended up putting him in danger. It was a fun Rollercoaster ride except for the breeding facility. That was awful! Nasty!

The narrators did a great job bringing the story to life. I love having a male and female narrators. Best of all it concludes with a HEA and no cliffhangers! I really enjoyed finding out how TerraMates got started.

Don't get me wrong, this is a hot alien romance, but there is a sweetness to it. It was also really neat to see how terra mates started. There is adult content and no cliff hanger. There is some adventure mixed in making this a good addition to the series.

This how terre mates began. The story was good filled with banter and steamy sex but it also had a lot angst. The narrator was great. I was provided this audiobook at no charge by the narrator in exchange for an unbiased review via Audiobook Boom

well that was the shortest of the terranated series I think, it was a little fun and a little frustrating at some point because sophie and callen were being difficult each damn jajaja I wanted to be there and just told them just love each other you know you want it. but the idea of how terramates formed was cool and at the end they did stayed together at last and damn sophie was a shark at terramates but it was neccesary.

Sophie & Khellen have been best friends since they were teenagers and met in a virtual dance.

Sophie has recently been promoted at work, taken the pledge to be single & childless to help stop Earth's over population problem and been forced to take a vacation. Of course she wants to finally meet her best friend face-to-face!

Khellen is almost 25, the age that law requires him to be married by. It is coming down to the wire and he just cannot find the right woman to marry. Knowing that he is running out of time he agrees to marry a woman his mother found for him. Then his best friend arrives to surprise him.

What happens next is a whirlwind of emotions, change, challenges, and an unforeseen & unwanted adventure of a life time.

Origins was my favorite Lisa Lace story to date!!!

Sophie doesn't believe in getting married and/or having babies on an overpopulated Earth. She joins and is working her way up the ladder of an organization committed to educating and recruiting others to their beliefs of staying single and childless for life. Kellen is her holo - friend on the planet Biyaha which has the exact opposite problem that the Earth is experiencing...their planet is so severely underpopulated that birth control is illegal and marriage by the age of 25 is mandatory. If young people are not married by that age...they disappear...never to be seen or heard from again. Sophie doesn't want her friend to disappear, so she takes the vacation time her organization requires its top corporate people to take before taking up the reins of their new positions and makes a surprise visit to see her friend Kellan to make sure he doesn't disappear. The trials and situations the young couple must wade through help them realize their growing love for each other. The danger, unexpected plot lines and truly believable characters make this audiobook absolutely impossible to turn off. Wonderfully narrated. This story is Amazing!!! And the outcome is one I would have NEVER expected !