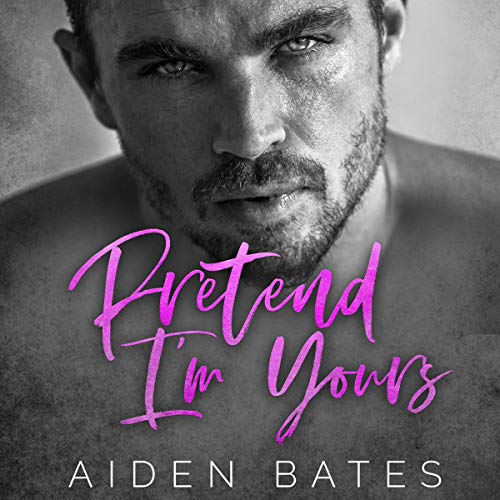 Saul McCormick isn't the kind of man who believes in fairy tales like love or trust. After a terrible breakup left him publicly on the ropes, Saul disappeared to the mountains to find himself again. He's just not ready to do people again yet.

Kyler Nielson thought he had it made at the Tall Oaks Country Club, until he was suddenly canned. Stuck trying to keep his father in a comfortable living facility for dementia patients, Kyler needs cash now. Mail Misters, an online mail order groom service, is waving the green in his face. Can it be that bad?

With Kyler desperate for cash and Saul desperate for companionship, the two seem like a perfect match. But Hollywood just won’t let go of Saul’s name, and Kyler can’t help but notice the seclusion isn’t great for his soon-to-be fake husband. Unfortunately, the city means exposure - and they can’t have that.

These two are brought together to fake it until they make it. But when Saul's trust fund is put in jeopardy, can they make things work for real?

Had me engaged from start to finish what I didn’t understand is how Kyler got pregnant. Last time I looked a man can’t get pregnant which made no sense !

Desperate men take desperate measures. Kyler needs money and Saul needs a husband. A marriage of convenience? They have chemistry from day 0, and the more they spend time together the sexier and sweeter the story gets. I really like Kyler. He is so transparent and loves his father so much. They are great for each other, Kyler and Saul. Good narrator too.

I really enjoyed listening to Kyler and Saul they both entered the agreement for their own reasons but Saul’s comes back to hurt him when his reason is told to Kyler. I also enjoyed the fact that Saul tried to pretend that he didn’t feel anything for Kyler but did finally admit it.

good.. interesting.. fun story.. good plot.. characters were intriguing.. the narrator did a good job.. not my favorite narrator but def not a bad one either.

This is a sweet story that tugs on the heart strings, have the tissues handy. What starts out as a marriage of confidence turns into so much more. Honestly I love the idea of having a home away from everyone. I loved and highly recommend this book.
Narrator Ben Prendergast does a fabulous job that I want to start the story over and listen to it again.

I was so worried about how things would turn out for Kyler and this crazy mail order husband thing lol. Saul was so sweet even though it was for selfish reasons at first but how could he not fall for Kyler. Kyler's backstory is so unselfish that you can only want the best for him!

This was a fun, sweet read and I really liked these characters and a bit of a new tale on a mail order spouse! Kyler and Saul couldn’t be more different and yet they are so perfect for each other! I really enjoyed the narration, I think the Ben Prenergast does a great job capturing these characters and bringing them to life!

Kyler is working to support his father who is in a care home, he’s trying to make ends meet but one sassy moment and he’s without a job. He’s a total romantic with a wonderful heart and when his best friend signs him up for a mail order husband service he just goes with it. Saul used the prince of Hollywood until the most embarrassing and heartbreaking moments of his life were plastered all over tabloids. Now he lives in a secluded mountain area alone and away from anyone that might recognize him. But loneliness and an ultimatum from his father have him ordering a husband. Both men are optimistic that the arrangement will work, but love isn’t supposed to be a part of the contract.

One of my favorite things about this story was Saul and they way he thought he had shut himself off to love but in actuallity he falls hard and fast for Kyler, even if he can’t admit it. I really loved these two together and the natural feeling of their relationship. These are both great guys who really do deserve happiness. There were a lot of feels in this story and it all comes together in a great ending! Really enjoyed this book!!

Saul needs a marriage and a baby to inherit but no love. He's been burned before. Kyler needs money for his father's medical expenses. Neither expects their attraction and connection. But hiding the whole truth leads to pain. A fun read, Saul and Kyler getting to know one another.

Love wins in the end

Saul and Kyler come together for monetary reasons. Saul wants to protect his inheritance. Kyler needs money to provide medical care for his dad. Kyler has lost his job and is truly desperate. An online mail order groom service is the answer for the both of them. Saul makes Kyler sign a detailed contract. The most critical part of the contract says Kyler cannot fall in love with Saul. Good intentions are great, but they don’t take emotions into account. Saul and Kyler get married. As they begin their lives together, things don’t go as planned. They grow closer and closer together. Kyler meets Saul’s parents and Saul meets Kyler ‘s dad. The two men become a real couple. Hearts become involved, although neither man knows how to admit that. This is a story you want to explore more deeply. Fall in love with these two men, as they fully recognize their love for each other. You’ll love the narration by Ben Prendergast. Thanks, Aiden, for another great story.

turned real. It's a beautiful love story with a great big rom -com style happily ever after. The emotions and love and commitment made this a really sweet listen. Predergast does a great job with the narration.

This is truly a wonderfully sweet story. Saul and Kyler are wonderful together and although they begin a relationship out of convenience, it turns into so much more along the way. It's a whirlwind that is a pure joy to follow. The narrator did a great job with the voices and with the interpretation of the story. I voluntarily reviewed a gifted copy of this audiobook.

Paul and Kyler hearts recognize love even when their minds deny love. This is a new to me narrator and i enjoyed a lot of what he did in this story. i would have loved more distinction in the voices of the MC's.

This is a beautiful story of overcoming betray and learning to love. Connections of the heart really matter and create the basis of this delightful read. I really enjoyed both MC's and found them both so likable and enjoyed their interactions. The writing flowed and the story-line kept me reading.

i do love grand gestures and this had a classic and very enjoyable scene.

i am so hoping that there is more books coming, i really enjoyed the premise of the book.

It's in the Eyes

From the time these two saw the photos of each other's they talked about the Eyes... What a whirlwind of emotions from lossing their job, True friendship, Lossing your parent, Finding your Soulmate, Loss of Trust... You have to listen to this Great book from Adian Bates. Ben Prendergast did a super job...