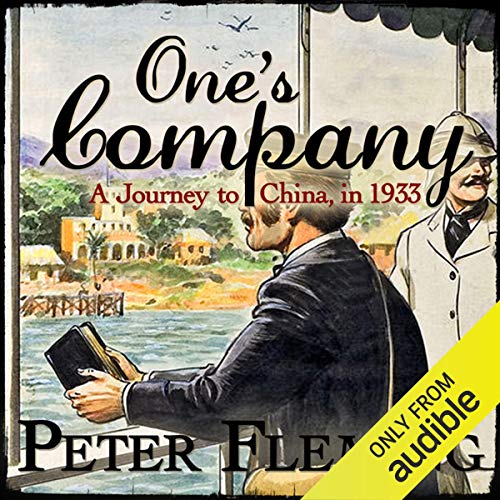 Catching all the fascination and humour of travel in out-of-the-way places, One's Company is Peter Fleming's account of his journey through Russia and Manchuria to China when he was Special Correspondent to The Times in the 1930s. Fleming spent seven months with the "object of investigating the Communist situation in South China" at a time when, as far as he knew, "no previous journey had been made to the anti-communist front by a foreigner", and on its publication in 1934, One's Company won widespread critical acclaim. Packed with classic incidents - brake-failure on the Trans-Siberian Express, the Eton Boating Song singing lesson in Manchuria - One's Company was among the forerunners of a whole new approach to travel writing.

What listeners say about One's Company