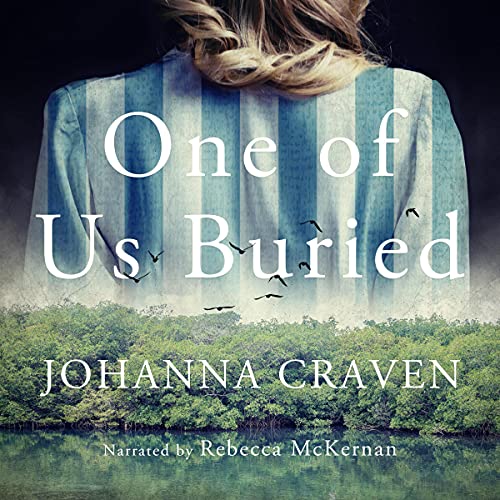 One of Us Buried

By: Johanna Craven
Narrated by: Rebecca McKernan
Try for £0.00

I am surrounded by men, as I was the day I arrived in this place.... We step into the courtroom together, though we are anything but equals....

In 1806, a fateful decision sends Eleanor Marling from the salons of London to a prison ship bound for New South Wales. She is put to work at the female factory of Parramatta, where the women’s only hope of food and lodgings is to offer their bodies to the settlement’s men.

Nell is given shelter by Lieutenant Blackwell, a brooding soldier to whom she is inexplicably drawn. Despite warnings from the other women, Blackwell’s motives seem decent, and beneath the roof of a military officer, Nell sees a chance to become more than just a convict woman sent to the factory to be forgotten.

But tensions are high in New South Wales, with the young colony teetering on the edge of a convict rebellion. And as Nell treads a dangerous line between obedience and power, she learns the role of a factory lass is to remain silent - or face a walk to the gallows.

Inspired by true events that would shape the experience of Australian women for centuries to come.

What listeners say about One of Us Buried

I have a fascination for the convicts sent to NSW & the history of Australia, I have read a number of story’s, & conducted my own convict trail when I visited Sydney & the Hunter Valley, this story is sound & well Researched but I found main character annoying, confused & Belligerent & wanted to fast forward her Whining, the narration was Mechanical & fast, but you can slow it down in settings, you do get used to it though, I wouldn’t buy another novel by this author or narrator.

I expected something along the lines of Jamestown. The narrator gabbled it at 100 mph Not entertainment at all..