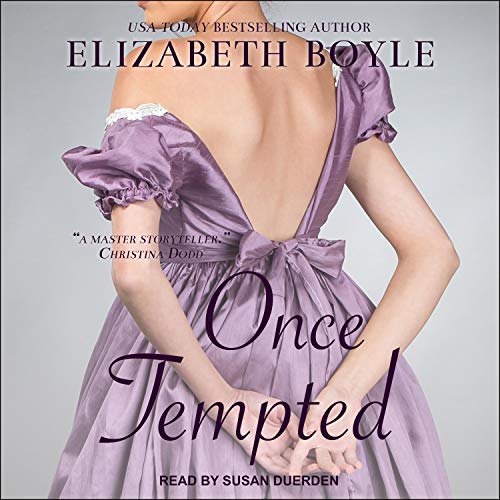 By: Elizabeth Boyle
Narrated by: Susan Duerden
Try for £0.00

A notorious rake, the marquis of Bradstone stole young Olivia Sutton's heart...and then ruined her life. For seven years she has been forced to hide her past behind a false identity. And now the dashing scoundrel has returned a different man: more handsome, more serious, more desirable...and far more dangerous than the cad who brought scandal and shame into Olivia's world.

Major Robert Danvers is living a lie - but for a noble cause. Masquerading as his cousin, the late marquis, Robert's secret mission for the crown has led him straight to the beautiful, scheming seductress he believes was responsible for his brother's death. But there is a gentle innocence about this Olivia that belies her murderous reputation - and a passionate sensuality that makes him yearn to hold her forever in his arms. His loyalty to his mission tells him that surrender would be the worst sort of betrayal - yet once tempted, how can a man resist, when his heart tells him here is his one true love?

What listeners say about Once Tempted