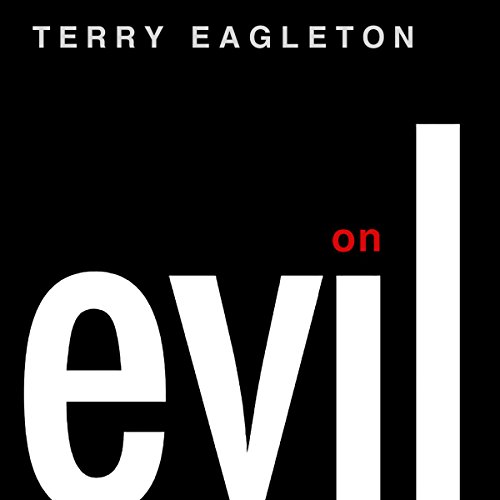 By: Terry Eagleton
Narrated by: David Thorn
Try for £0.00

For many enlightened, liberal-minded thinkers today, and for most on the political left, evil is an outmoded concept. It smacks too much of absolute judgements and metaphysical certainties to suit the modern age. In this witty, accessible study, the prominent Marxist thinker Terry Eagleton launches a surprising defence of the reality of evil, drawing on literary, theological, and psychoanalytic sources to suggest that evil, no mere medieval artifact, is a real phenomenon with palpable force in our contemporary world.

In a book that ranges from St. Augustine to alcoholism, Thomas Aquinas to Thomas Mann, Shakespeare to the Holocaust, Eagleton investigates the frightful plight of those doomed souls who apparently destroy for no reason. In the process, he poses a set of intriguing questions. Is evil really a kind of nothingness? Why should it appear so glamorous and seductive? Why does goodness seem so boring? Is it really possible for human beings to delight in destruction for no reason at all?

"An absorbing, stimulating, awfully entertaining discussion." ( Booklist)
"Highly recommended for anyone interested in the intersection between literature, philosophy, and religion." ( Library Journal)
"Terry Eagleton's Reason, Faith, and Revolution attacks the new atheism as a kind of secular counter-fundamentalism… Better than any previous book of its kind." (James Wood, The New Yorker)

What listeners say about On Evil

When a brilliant mind delves into a topic it leaves one enlightened, sometimes uncomfortable, but mostly amazed. And this is Terry Eagleton. He tugs at one's paradigm, and does it very well.

this book is intellectually, emotionally, and spiritually clarifying, as well as intensely funny at times. Eagleton is brilliant, witty, and a good sam

That Devil's at it again!

This is a swell book about how we need to think about evil with a lot more depth and nuance. After listening to it, i now have a better idea of what evil is, well, but only "kind of", as Eagleton does seem to spend a good deal of time cracking one liners about wanting to live next door to Kate Winslet. On Evil was also somewhat paradoxical. The world's preeminent Marxist paid by the world's most elitist, upper class university, but heck that's Marxism for you. Anything for a dollar. David Thorn also does a great job reading this number. He has a voice like a speaking garden gnome, and is very pleasurable to listen to.