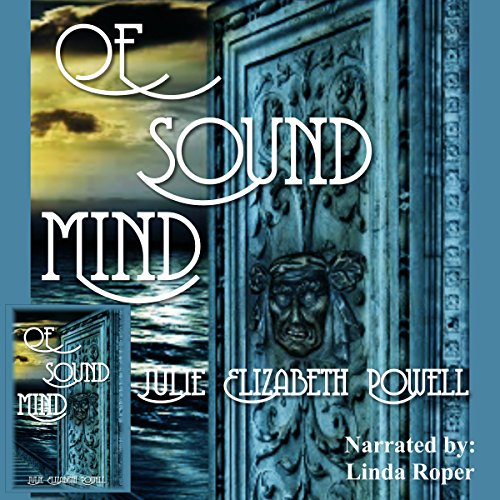 Jorja always knew she was different. But it wasn't until she discovered her telekinetic ability that she realized just how different she was. Living with her frail mother and an obsessive, cruel, and hated aunt, Jorja grapples with the truth of her being.

As her story is revealed, other powers are uncovered - that she can see other people's souls in the colors that surround them - and we are led into a surprising and shocking world of fantasy, forcing doubt to the sanity of the heroine.

We follow Jorja's life, delving into her loves, hates, and fears, and cannot help but delight in the woman she becomes, despite the question that hangs mysteriously in the air.

It will be up to the listener to decide if Mageia and its diverse inhabitants are indeed real or only the illusionary world created by a disturbed mind due not only to grief, but also to her persecution by her aunt and the defective qualities of a barbarous doctor.

A remarkable book for all ages

Yes, I feel in love with this book. It was truly a work of art. I loved how the story was told and the narration was wonderful.

What was one of the most memorable moments of Of Sound Mind?

When she buys the "home" Lucy is staying at.

It was a superb performance. She really made the story seem real. It was like if your grandma sat you down to tell you about her life. Excellent choice going with her for this book she brought the tale to life.

A gripping story of the life a girl with special powers

I LOVED this book. The book itself was told as a tale from and older lady about her life since she was a child. It was very gripping and had me interested from the very start. I listened nonstop until the end. I couldn't wait to find out what had happened next. She told her tale of her life and a bit about her family. With her family brought or a certain family member brought her trouble...and so the gripping story of her life starts, of family, loss, love and happiness. It was truly a remarkable book for all ages and sexes. My husband loved the book as well.

Jorja takes us along on her journey from childhood through her adult years. Some profound issues are explored here, such as the challenges of not fitting in, school bullies, controlling adults, and just what it means to be sane. I enjoyed listening to the audiobook

I loved this book and thought it was great. I like anything paranormal, so it was right up my alley. The narrator did an amazing job and I loved her voice.

I thought this was a fantastic story that kept my attention. The narrator's voice was perfect for this type of novel and she keeps you in suspense. Great job by the author and also the narrator.

Would you listen to Of Sound Mind again? Why?

Yes, because of the Narrator's voice- very smooth, enveloping, clear toned and aristocratic- she gave a good vocal impression of all the various characters; each one had a "personality" because of her vocal treatments.

Would you be willing to try another book from Julie Elizabeth Powell? Why or why not?

Sure, although this fantasy make believe genre is not my favorite- I would have to rely on reviews and research to find out if other books by this author are all in the realm of other world kind of habitats, or Victorian era context. Maybe something more contemporary but fantasy would be preferable.

the schoolyard confrontation with Geraldine Anderson

what happens to Sam

This was an interesting book. The writing style and "feel" of the book are very similar to the "Weird" books by the same author. Though this book would be considered fantasy, many of the subjects that the main character, Jorja, addresses as part of her life are very relatable and relevant to real life. I listened to the Audible audio version and thought that the choice of narrator was very fitting to the tale. I could see everything happening in the book in my mind's eye. Though I probably wouldn't listen to the book again, it was still interesting and unique, and I liked that.

An older woman gives you a first person review of her life - including fantastical events that might or might not have been real. This is a very imaginative story and the main character is someone who draws you right in. I really enjoyed it and it kept my interest the whole time.

I am really torn on how to rate this narrator - I would like to give her 5 stars because I LOVED her voice and how she embodied the main character perfectly. I'm not giving 5 because she did have some editing issues (especially in the first 1/2 of the book with stuttered words) and she had odd pauses in her speech. Most of the time, it worked really well for the character or rhythm of the story but sometimes it was just off and puzzling. I recommend you listen to the sample because it does capture a bit of what I am talking about.

I received this book in exchange for an honest review.