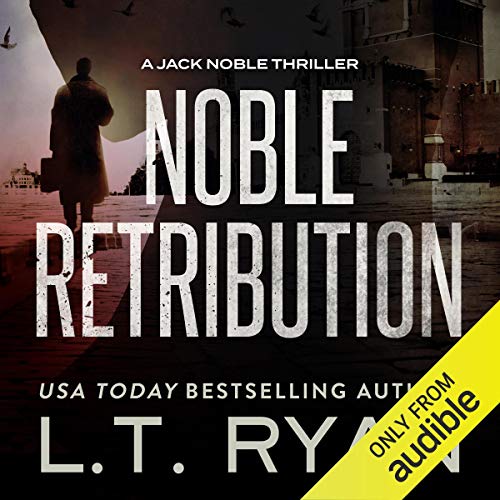 This is the season compilation of episodes 6-10 of the serial thriller Noble Intentions. The books included are the same as the individual episodes.

Season two picks up where season one left off. Jack Noble is dead. That's what the world believes, at least. Truth is he's been lying low on the Greek island of Crete. Six months have passed, and with them so has Jack's edge. But then he gets the call, and it's time to return to action. Jack made a mess, and now is the time to clean it up. One way or another, he's determined to repay his debt. But will it cost him his life?

What listeners say about Noble Retribution

Was not too sure about this book to start with and the frequent use of the F word really offended me, (I am old!) but soon found myself so involved with the plot and the characters that I really enjoyed it . Now I can't wait to get to the sequel.


Dennis Holland's style of reading really suited the location and the characters
.

Just love this action-packed thriller series. I can't get enough of Jack Noble and Bear and Clarissa. The audio narration is faultless too.

How did I miss this series?

The audio books in the Jack Noble espionage series were released over 2 years ago. They are first rate suspense mystery/thrillers. This novel, Noble Retribution, is a solid 5 star espionage thriller. And it includes superb narration by Dennis Holland. These audio books should be purchased along with the Kindle versions at the Amazon website to get the best prices.

I Had to Stop

The plot, the dialogue, was so poor I had to stop listening. I don't know where to begin reviewing this book. How did any publisher accept it? The author's knowledge of the military and of tradecraft is very poor. I'm not sure how I acquired this book, I wish I hadn't. I kept listening thinking it would get better. It only got worse.

Action by no finess

Noble and his associates provide a lot of action, but they make too many mistakes for professionals. Their planning is slapdash and risky.

Keep reading the series it only gets better, and draws you deepen into the world of Jack Noble.

there was a lot going on . lots of killing. can't figure out why the cops in all the countries couldn't get Jack. I don't get him.

Jack Noble strikes again with another action packed adventure, they just keep getting better and better!

This book kept me surprised and held my attention throughout the story. A pleasant read.

L.T. Ryan had done an outstanding job on this series. The characters are very well developed and seamlessly slip from one novel to the next. I have really enjoyed the intrigue and marvel at the ingenuity of the author's imagination.

This book was very well written and a great adventure for anyone. Mr. Ryan hats off to you sir your one of the best writers out there. Mr. Holland you bring these books to life, keep up the great work.

Not usually the genre I read but was hooked on the first book. Now can't wait to start the third.