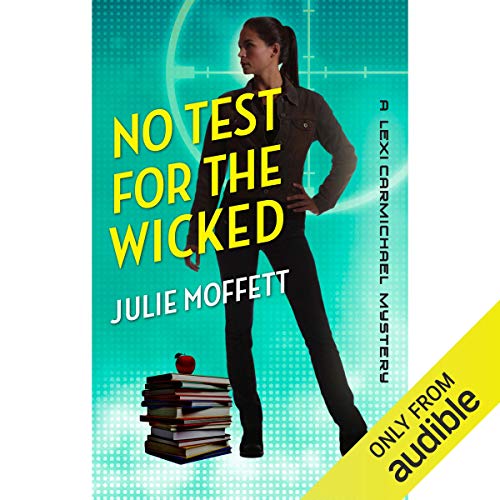 No Test for the Wicked

A Geek's Worst Nightmare: Going Back to High School

High school is not something I ever wanted to do over - it was awful the first time around. So why do I have to go back as part of a new undercover assignment? Because the universe loves playing jokes on me, obviously.

I've been ordered to go all 21 Jump Street and track down the students who are breaking into the computer system, changing grades, and causing all kinds of havoc. Although I'm not thrilled about my new gig, at least it gives me something to do other than worry over the fact that I now have a boyfriend. And no freaking idea what to get him for Christmas. Or it did give me something else to worry about until I stumbled across a more sinister threat.

I was shocked to find distinct traces of a group of international hackers inside the network. Why would dangerous cyber mercenaries be interested in a high school in the middle of Washington, DC? What exactly have I gotten myself into?

Don't miss Lexi's first case in No One Lives Twice!

What listeners say about No Test for the Wicked

The stories keep getting better

This is one my favorite of the series. A love how Lexi is growing in her purse all off and professional. I can't wait to see what she gets into next.
The narration is OK. The voices are will little whiny at times.

The plot of this installment in the series was really interesting! I enjoyed Lexi posing as a student and investigating the “school for geeks”! Because there weren’t a lot of accents required for this particular book, the narration was even good! I’m still really hoping this narrator works harder on her foreign accents, specifically Italian and Irish, though!!

This is one of only a few series where I can listen to an entire book in one day and sometimes stay up late to do so. Other than Lexi seeming a bit free in sharing info with children at some points and my thinking she’s daft relationally I loved the progression in her social skills and particularly that slash and Basia were sidelined and seeing more of her work and chemistry with Elvis. I was a little sad over the ending but because I think things are so obvious I’m hoping this series is written in such a way that things will fall into the place I think they should clearly be.

Loved this story, one of my favorites in the series. Lexi is evolving as is Elvis and Slash is awesome. Loved the kids in this story. Kristen Watson Heintz is a marvelous narrator.

I love Lexi, Elvis and Slash! Every story in the series just gets better and better. Watching Lexi's social skills grow and how she calculates solving mysteries is "prime."