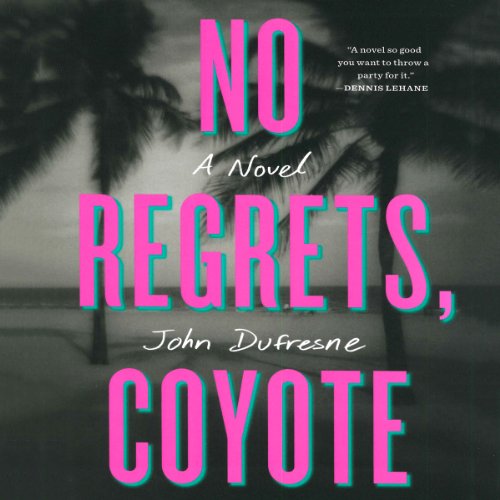 By: John Dufresne
Narrated by: Peter Ganim
Try for £0.00

For readers of Elmore Leonard and Dennis Lehane, a South Florida noir from the bestselling author of Louisiana Power & Light.

On Christmas Eve in Eden, Florida, Wylie "Coyote" Melville, therapist and forensic consultant, is summoned to a horrific crime scene. Five members of the Halliday family have been brutally killed. Wylie's rare talent is an ability to read a crime scene, consider the evidence seen and unseen, and determine what's likely to have happened. The police are soon convinced that the deaths were a murder-suicide carried out by a broken and desperate Chafin Halliday, but Wylie's not so sure.

As Wylie begins his own investigation with the help of his friend Bay Lettique - a poker playing sleight-of-hand artist with links to the Everglades County underworld - he discovers a web of corruption involving the police union, Ponzi-scheming lawyers, county politicians, and the Russian mob. What follows is a heart-stopping, edgy novel that introduces a completely original crime solver.

What listeners say about No Regrets, Coyote

The narrator was excellent. The book had a lot of characters and lot going on. I felt you had to concentrate on who was who otherwise it was confusing.

I painfully hung on for the first half of this book but then realized the only reason I was still listening was for the narrator's smooth and calming tone. I picked this up after close acclaims and cannot be more disappointed. The plot(s) is a mess. The ending is obvious. One third of the book is easily irrelevant and unnecessary, and sadly those are the best parts. There are a plethora of characters for no reason. I either completely do not have the appreciation for great literature or this was truly a waste of time.