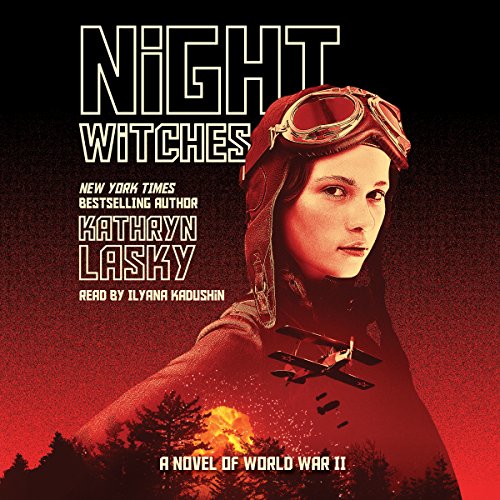 Fifteen-year-old Valya knows what it feels like to fly. She's a pilot who's always felt more at home soaring through the sky than down on earth. But since the Germans surrounded Stalingrad, Valyas been forced to stay on the ground and watch her city crumble.

When her mother is killed during the siege, Valya is left with one burning desire: to join up with her older sister, a member of the famous and feared Night Witches - a brigade of young female pilots. Using all her wits, Valya manages to get past the German blockage and find the Night Witches base...and that's when the real danger starts. The women have been assigned a critical mission. If they succeed, they'll inflict serious damage on the Nazis. If they fail, they'll face death...or even worse horrors.

Historical fiction master Lasky sheds light on the wars unsung heroes - daredevil girls who took to the skies to fight for their country - in an action-packed thrill ride that'll leave you electrified and breathless.

So disappointing. In the beginning I kept hoping it would develop and to some extent it did. But it was very adolescent in the telling. At the end the story went completely off the rails and hang somewhere in space with unanswered questions . In fact in the one scene I think she stole the idea from Stephen King in one of his books about a writer who is kept prisoner by a woman. In fact I was expecting something like that to happen and the rescue was even more unbelievable. And the ending....like the school books where the underdog comes out on top.