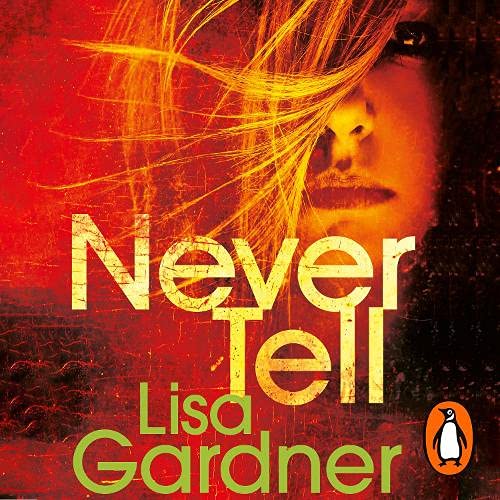 By: Lisa Gardner
Narrated by: Regina Reagan
Try for £0.00

Detective DD Warren and Flora Dane must work together to establish what really happened in an apparently open-and-closed murder case and whether the perpetrator is innocent - or guilty as charged. An enthralling, nail-biting thriller by the queen of domestic suspense.

At first, it seems an ordinary house in an upscale part of Boston. Lawn, white picket fence, car out front, front door opened just a crack....

Inside a man lies dead. Crimson splatters over the walls, pools on the floor. And on the stairs, a young woman waits. Covered in blood, she is holding a gun.

An open-and shut-case, Detective DD Warren thinks when she arrives at the house, particularly as when she last saw the suspect, Evie, she had just shot her own father.

That time the killing had been an accident.

This time it seems horribly intentional. But is it?

Killer or victim? Detective DD Warren must race to find out what has really been going on behind closed doors....

What listeners say about Never Tell

not bad but a bit slow burning

At the start I thought I would strugle to finish but i got quite excited about. However, the ending was a bit lacking

I really love this writer, thanks for another brilliant book. Hooked from start to finish

Enjoyed this book but took a long time to get into it.
Usual Lisa Gardner format

Great story unravelling 16 years of mid truths, lies, hidden secrets
Thought I'd be annoyed at why the immediate reason of the shooting wasn't clear, (surely the police investigation would get straight to it?) however, the way the story here and developed and dipped into the past kept me wondering who? why?, how? for much longer than I thought possible.
The ending when it comes, doesn't disappoint.

Strange book not what I thought it would be

Different to expected strange in ways worth a listen , changes direction quite a lot enjoyed the sedate listen

A brilliant ‘who done it’

This is my first Lisa Gardner book and it certainly will not be the last. It was a great story which had strong characters and lots of twists and turns. I read lots of reviews that give the story line but I suggest, with this book, just give it go, you will not be disappointed!

I enjoyed this book but I found the narration confusing at times. There wasn't enough differentiation between the 3 female characters which got in the way of my comprehension at times.

This was difficult to put down. Could not anticipate the end at all. Would makes good film.

Such a Predictable ending.
Hard going.
Not the best listen!
Wouldn’t bother wasting my credit!

Book is full of twists and turns. Love Regina, she always manages to bring the authors books to life!