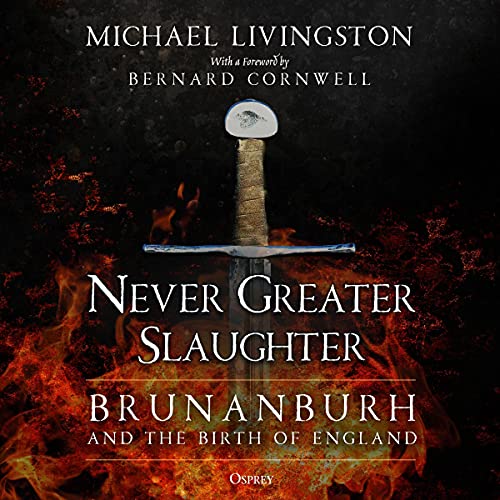 Late in AD 937, four armies met in a place called Brunanburh. On one side stood the shield-wall of the expanding kingdom of the Anglo-Saxons. On the other side stood a remarkable alliance of rival kings - at least two from across the sea – who’d come together to destroy them once and for all. The stakes were no less than the survival of the dream that would become England. The armies were massive. The violence, when it began, was enough to shock a violent age. Brunanburh may not today have the fame of Hastings, Crécy or Agincourt, but those later battles, fought for England, would not exist were it not for the blood spilled this day.

Generations later it was still called, quite simply, the ‘great battle’. But for centuries, its location has been lost. Today, an extraordinary effort, uniting enthusiasts, historians, archaeologists, linguists and other researchers - amateurs and professionals, experienced and inexperienced alike - may well have found the site of the long-lost battle of Brunanburh, over 1,000 years after its bloodied fields witnessed history. This groundbreaking new book tells the story of this remarkable discovery and delves into why and how the battle happened. Most importantly, though, it is about the men who fought and died at Brunanburh, and how much this forgotten struggle can tell us about who we are and how we relate to our past.

"Written with both the critical gaze of a military historian and the dramatic verve of a historical novelist, this book brings to vibrant and bloody life the momentous battle of Brunanburh in AD 937." (Robert Woosnam-Savage, FSA, Curator of Armour and Edged Weapons, The Royal Armouries)

"Never Greater Slaughter raises the bar for what narrative history can do.... This book will wow you as it educates you on the fascinating story of one of the most important battles in British history." (Myke Cole, author of Legion Versus Phalanx)

"Only the most adept of military historians, of writers, can combine combat with context and not lose their readers’ interests. Michael Livingston is one of those. Never Greater Slaughter tells the whole story of the birth of England, from Alfred the Great to Athelstan and Brunanburh. No one tells the history better." (Kelly DeVries, Professor of History, Loyola University Maryland)

High Priest Of The Wirralites

Normally I think we have a right to expect that authors self narrate, however in this particular instance one can perfectly understand why an authoritive GB RP speaker was chosen. The thought of an American DARING to express an opinion on Brunanburh would have the Gammons and armchair xenophobes frothing. And what an excellent choice of narrator Rupert Farley was! Really he should spend his days giving Master Classes to would be narrators of British historic works - as anyone who has suffered through the appalling narrations of some of Max Adams or Marc Morris can attest. Even his Old English and Old Norse pronunciation seemed 'authentic'.
Having recently attended a lecture by Michael Wood who made a convincing case for Brunanburh being on to the east I was looking forward to hearing the opposing arguments and Michael Livingston didn't disappoint. Exquisitely researched, sourced and convincingly argued, giving due weight to opposing theories and possible other interpretations. He certainly makes a good case for ignoring John Of Worcester on this point .
Is he right? Was the battle fought on the Wirral ? This layman wouldn't dare express an opinion. My only thought is that if the recent archaeology was as convincing as he seems to think then the argument would be over already.

A case well made

The author has delivered a well researched evaluation on the most likely site in England for the epic battle that saved the English nation. The book is well narrated and the background history and main characters are comprehensively analysed. A compelling piece of work and I for one accept the authors case.