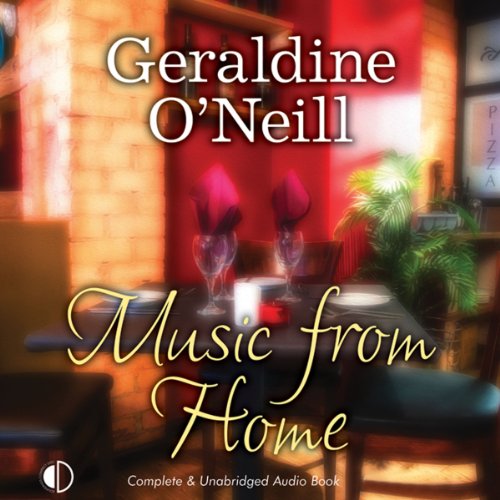 Having lost her mother at a young age, Maria Conti is close to her father, Leo, who owns an Italian restaurant, Leonardo’s. Secretly, however, she worries over Leo's drinking and gambling binges. Maria has no one to advise her as Leo's family is in Italy and her mother's family in Ireland rejected her when she married a foreigner.

Then Leo is tragically killed. In the dark days that follow it emerges that he has left them deeply in debt. Maria has no choice but to turn to her estranged Irish family. As she uncovers a bitter legacy of secrets and lies, she comes to realise that her mother was not the person she's been led to believe she was.

What listeners say about Music from Home