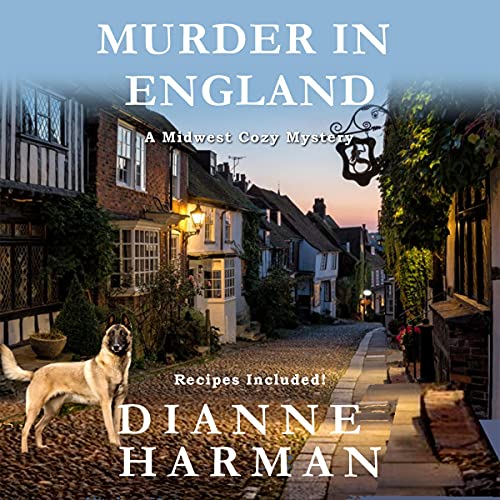 By: Dianne Harman
Narrated by: Kasey Logan
Try for £0.00

What could be better than going to Northern England to visit the places where famous authors such as Bram Stoker, Beatrix Potter, and Catherine Cookson lived and worked? It was something Kat had always wanted to do.

Her dream became a reality when her friend, Marion, decided such a trip should be a payback to her friends for helping her discover the truth about her husband.

But having the popular pub employee, Sam, murdered the night they arrived at the pub/hotel where Kat and her friends were staying, was not a preferred way to start a vacation. And even though Kat had promised her husband she wouldn’t become involved in any more murder investigations, she couldn’t turn her back on the genial uncle of the murdered pub employee, who had no idea what to do. She could see that he desperately needed her help.

Kat certainly never expected to become involved with the local police regarding the murder, but Sergeant Nick Black realized he needed some help, particularly from a civilian when it came time for a stakeout. And Kat couldn’t brush off the thought that Bailey, Sam’s Belgian Malinois dog, must have known who the murderer was, because he hadn’t tried to protect Sam from the killer.

After all, he’d come to Sam’s rescue before, so why hadn’t he protected Sam on the night the murder took place? Had he recognized the murderer? Was it someone Sam knew and was on friendly terms with?

Join Kat and her friends as they explore the Northern England countryside while they assist in helping to solve a murder.

This is the 10th book in the Midwest Cozy Mystery Series by a USA Today best-selling author. Plenty of dogs and recipes!

What listeners say about Murder in England

A small slice of England

This is another fun instalment in the Midwest cozy mystery series but can be read as a standalone mystery like all the others. The author always does a lot of homework and plotting before writing her stories and this shows in the cleverly crafted plots, she even came up with things I didn't know and I live in England. It is backed up by a nice group of friends and a mystery that had me guessing the wrong killer.
For Kat as a mystery writer taking a holiday in England and visiting where famous authors lived and worked is a dream come true. That is until Sam a popular employee and nephew of the owner of the pub where they are staying is murdered. His big dog didn't react to the murder and Kat believes that means not only did the owner and dog know the killer but it was someone they trusted. Will solving the murder ruin the holiday for Kat and her friends or knowing the killer got away? Kat can't enjoy the sites of the English countryside knowing that she might just be able to help catch a killer but will do so put her and her friends in harm's way? Or will the local police back her up?
I did like the narrator, I am just not sure about some of the English accents she used but that could just be me not recognising how others hear us speak.
I was given this free review copy audiobook at my request from audiobooksunleashed and have voluntarily left this review.

An interesting mystery with charm!

I enjoyed this book about 4 friends on a trip to the north shore of London. The author has done her research and so we were able to learn about this part of England as well as the food that is offered there. Names and descriptions of the places they visited all wrapped up in a good mystery that I was able to guess who was guilty from the beginning. It was just a good guess! I received a free code for this book from Audiobooks Unleashed to listen to on Audible. This review is my own honest opinion.

Murder in England is book 10 by Dianne Harman. When Kat takes her friends to Northern England, they discovered that Sam, who worked at the pub was murdered. I enjoyed this audio book and loved how Kat and her friends help solve the murder. The narrator is Kasey Logan and she brings the story to life. This was a nice audio book to spend the afternoon listening to.

Travel to the English country side

The murderer keeps you guessing until the end. It is a great story and narrator did a fabulous job.

Women friends getting together to see northeast part of England.the settling the friendly people, a beautiful hotel. When a knock on the door change things. Delightful story that draws one in with good narration