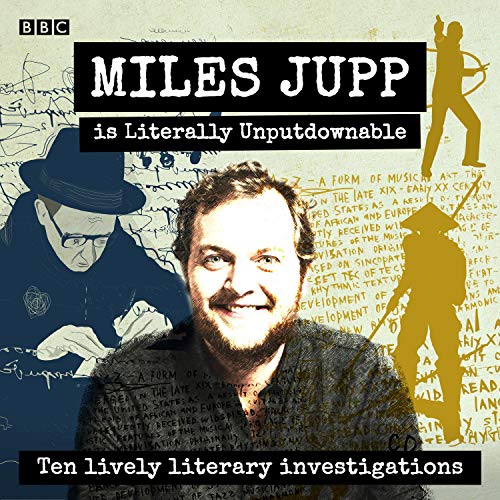 Miles Jupp probes mysteries both fictional and autobiographical in these 10 radio investigations.

Actor and Comedian Miles Jupp puts his inquiring mind and talent for comic analysis to work, as he turns his quizzical gaze on the world of fiction.

In these 10 entertaining documentaries, he explores why some books, games and binge-watched box sets are, as they say, 'literally unputdownable', peers into Plotto, an ingenious manual of story devices, to discover whether it really can make writing easy, takes a sideways look at some familiar characters from literature, including James Bond, Dracula, Fu Manchu and Carruthers, delves into the intricacies of the locked-room murder and revisits his old prep school to find out whether a book of stirring 19th-century verse can work its magic on today's young people. And there's a shock in store for Miles as, researching his Huguenot ancestors, he finds cracks appearing in his family tree....

Included in this collection are:

'Miles Jupp and the Plot Device'

'The Woman Who Invented James Bond?'

'The Trainspotter's Guide to Dracula'

'Miles Jupp in a Locked Room'

Written by Miles Jupp and David Stenhouse with additional material by James Kettle.

What listeners say about Miles Jupp Is Literally Unputdownable

I've very much enjoyed several of Jupp's other works - this is a radio 4 series with two random extra Jupp programs tacked on the end. One about kids reading poetry (tedious) and Jupp not being Belgian when he thought his ancestry was (as stated, strangely smug).

The theme suggested in the title - on what makes a book unputdownable - is apart from the first episode almost entirely missing.

the whole thing feels like a way to get a show green-lit and then do whatever you like. Fair play for Miles Jupp, for a reader interested in what makes story compelling... not so much. Buyer beware