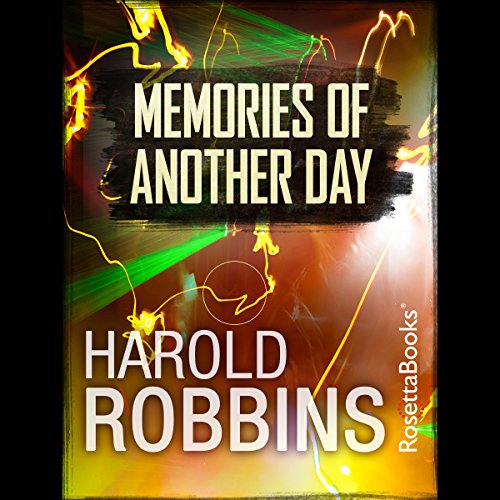 Memories of Another Day

By: Harold Robbins
Narrated by: Stephen Bowlby
Try for £0.00

From the depths of the poverty-stricken West Virginia coal mines to the heights of power as one of the nation's most prominent and feared labor organizers, "Big Dan" Huggins is a hero worthy of Harold Robbins' attention.

After its release in 1979, Memories of Another Day spent 24 weeks on The New York Times best sellers list, topping the list at number one and now it's available for digital download. Recognized as one of the world's most captivating storytellers, Robbins has written what is arguably the most significant book ever published about the rise of the labor unions in America.

Born to a life of violence and tragedy, Dan becomes one of the most powerful and dangerous labor organizers in the country - at the expense of his personal relationships. He's a man who embraced violence, fierce ambition, lust and a deep hunger for justice even as he accumulated personal wealth, fame, and power.

The novel opens at Dan's funeral, where his estranged son Jonathan is relieved by his father's death. But Jonathan is quickly thrust into his father's role and must return to his father's origins to better understand the man who shaped his past and continues to shape his future. Looking into the lives and childhoods of both father and son, Memories of Another Day gives a close look into the perks - and costs - of power. Robbins' gift for combining popular fiction with the most pertinent subjects of the twentieth century allowed him to create a snapshot in time. In this novel, Robbins creates a magnificent epic portrait of 50 years of the bitter birth and tarnished maturity of American labor.

Relevant, respectful, and engaging, Memories of Another Day proves once again why Harold Robbins' books have sold more copies than almost any other American writer in history.

"Robbins grabs the reader and doesn’t let go..." ( Publishers Weekly)
"His characters are compelling, his dialogue is dramatic, and his style is simple and straightforward." ( The LA Times)

What listeners say about Memories of Another Day

Good story too much unnecessary sex

It was an interesting plot and was well read. Unfortunately there was too much gratuitous sex and foul sexual language which distracted from the story

What made the experience of listening to Memories of Another Day the most enjoyable?

This is my second book by Harold Robbins and my last. I turned one in because the first few chapters were vulgar sex scenes and language. He is a brilliant writer but I feel compelled to ask if he can write a novel with out the vulgar language. It is clear he does a great deal of research before he writes his stories and his writing is masterful. I knew nothing about the rise of trade unions and the battles that were found to preserve them. However, both in this novel and the last one, his male characters are 'alley cats.' They jump from bed to bed whether either party is married or not. And the women are the same. I find it hard to believe that women in the 1800's - 1900's used such disgusting language and that so many of them were sleeping around.