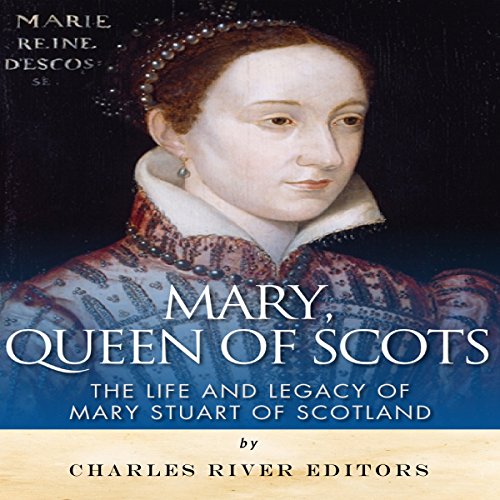 Mary, Queen of Scots: The History and Legacy of Mary Stuart of Scotland

By: Charles River Editors
Narrated by: Maria Chester
Try for £0.00

"Did I not tell you this would happen? I knew they would never allow me to live, I was too great an obstacle to their religion." - Mary, Queen of Scots

The position in history of Mary Queen of Scots is a paradoxical one. Her fame as a monarch lies less in her personality or achievements than in her position within the dynastic maneuvers and political-religious upheavals taking place in northwest Europe in the 16th century. Most monarchs spend their early years learning in preparation to rule and then spend the latter part of their lives wielding power and status. Mary was thrust upon the throne when she was only a week old, and she ceased to be queen nearly 20 years before her death.

Mary's was an unusual reign in a tumultuous period, and her tragedy was intertwined with her country's transformation. In Mary's case, she was a second cousin once removed of England's Queen Elizabeth I, which made her a rival for the throne. Mary was the granddaughter of Margaret Tudor, Henry VIII's sister, and her Catholicism made Mary the true and rightful Queen of England in the eyes of many Catholics and the Vatican.

These facts, coupled with the realization that several English supported Mary, made Elizabeth I uneasy. Mary also did not help herself when she married James Hepburn, Earl of Bothwell, who was widely accused of raping her. The Scottish people rebelled, and Mary abdicated and fled southwards towards England.

Elizabeth I was unsure at first what to do with Mary, so she kept Mary imprisoned in several castles and manor houses inside England (making escape difficult and thus unlikely). After 18 years in Elizabeth's custody, it became clear that the situation was becoming untenable.

What listeners say about Mary, Queen of Scots: The History and Legacy of Mary Stuart of Scotland

I am very interested in the reign of Mary Stewart so this was a good read for me. However, I disliked the narration. Instead of being immersed in this history I felt detached due to the robotic-like narration.

Story was well written but could barely get through it due to the horrible narrating.

I couldn’t get very far with this. The narrator sounds like a computer generated voice. It’s as though she is reading text with no punctuation. There is no expression , no affect; very flat. Awful.

The book is fine, the story is fabulous, but the reader's whiney voice made it nearly unbearable to listen to.

This would have been an excellent book if only the reader wasn’t so bored had had some knowledge of proper pronunciation of names of people and places. Very irritating to listen to.

I love the details and the emotions in this book. I got to know The queen of Scots . I recommend it for everyone, history buff or not.

Unfortunately, many of the words, places and names were misspoken and this was very offputting.

Though short, there is enough info to understand this tragic figure. If you only want a brief history of Queen Mary, this will do nicely.

What disappointed you about Mary, Queen of Scots: The History and Legacy of Mary Stuart of Scotland?

I really couldn't even listen to the book. I got 54 seconds in before stopping to come here and write a review. I have around 150 audiobooks and this is the first one I've ever listened to where the narration has so distracted and led to an overall disgust that I could not even attend to the words that were being said and take in the information being delivered, let alone enjoy it. The narrator speaks with overlong vowels and in what, I'm assuming, is meant to be a mystical, dramatic voice, but comes off as over the top and terrible.