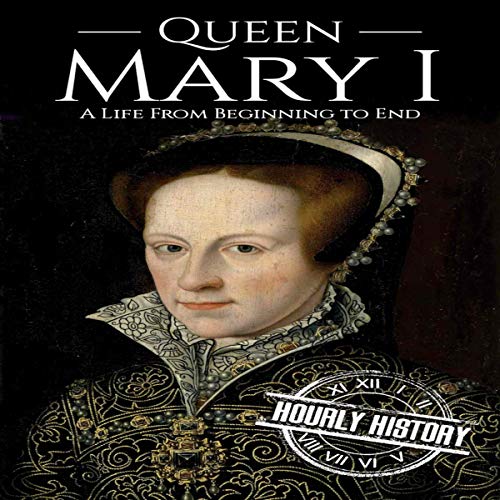 Queen Mary I: A Life from Beginning to End

Mary I, perhaps best known by the moniker Bloody Mary, was England’s first female monarch who ruled in her own right. A fighter from birth, she was the only surviving child of Henry VIII and his wife, Catherine of Aragon. Mary would make her way back to her father’s good graces after being cast out by him in favor of his numerous wives and would eventually undo her father’s religious reforms by restoring Roman Catholicism in England. The fourth Tudor to rule England, Mary is remembered for burning around 300 Protestants at the stake on her quest for religious reform.

In this audiobook, we will discover the true life story of Mary I, the infamous English queen who claimed her place in history after a mere five years as regent.

What listeners say about Queen Mary I: A Life from Beginning to End

Wish I had known and will look on Audible for something that goes into more detail (if possible). Poor girl . Thank you, Audible!.