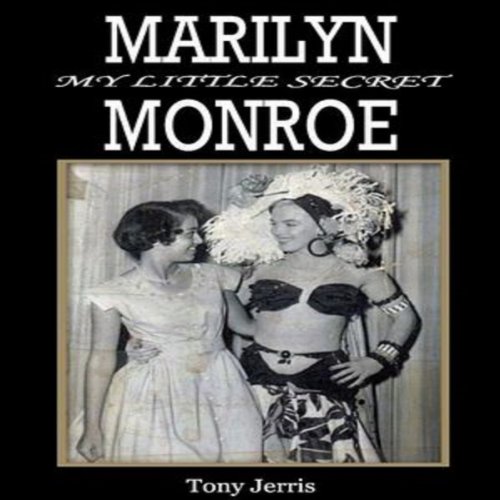 "We're calling her Marilyn Monroe." Those were the words 12-year-old Jane Lawrence remembered when she was asked to head the up-and-coming blonde starlet's fan club at 20th Century Fox under the supervision of studio head Darryl Zanuck. Jane was no stranger to movie sets or movie stars, being that her father, Sidney Lipsitch, headed RKO's legal department. She spent many Saturday afternoons at her home with the likes of Robert Mitchum, Lucille Ball, and Ethel Merman, but helping launch the career of one of the world's most legendary sex symbols was a task beyond Jane's wildest dreams. Nearly four decades later, author Tony Jerris was introduced to Jane through a mutual friend and learned how Jane's working relationship with the actress developed into a special friendship that lasted right up until Marilyn's untimely death on August 5th, 1962.

I liked the conversational tone of this book, and I enjoyed the narrator a good bit. I felt like the book kept me company for a few nights.

The story wasn't that stellar. It's basically Marilyn Monroe from her young fan club president's point of view. Both orphans finding themselves in the middle of Hollywood business, they use this as a touch point of commonality and that springboards a friendship. The rest of the story is about their relationship, and sometimes seeming obsession that the younger girl had with Marilyn. Many of the passages with Marilyn really seemed to distill her essence and were often the best parts of the book.
I did get to feeling though that a lot of this book was Jane's fantasy Marilyn, and not all Marilyn - it just didn't always ring true. This isn't a comment on the 'morality' of the book, because that sort of thing doesn't bother me anyway. It just didn't always seem quite plausible.

I like the narrator's voice a lot and she was well suited for this tale. That kept me going when the story occasionally made me wrinkle up my nose - which happened more frequently as the book progressed.

I received this book free for purposes of honest review.

Yes I would recommend this book. It was a neat glimpse into some of the inner workings of Hollywood in the late1940's and 50's as well as an interesting reminisce from Jane Lipsitch (later legally changed to Jane Lawrence)'s unique friendship and occasional hardship with Marilyn Monroe.

Marilyn Monroe was my favorite character probably because while spending her short life trying to make the world happy she severely struggled with her own identity and happiness. I felt that she was able to retain a bit of herself and her dignity through her friendship with Jane because of a somewhat parallel past.

My favorite scene was when Jane invited Marilyn to dinner at the Lipsitch home without first telling her mother because she knew how her mother felt about Marilyn. Whether rehearsed prior to the dinner or not, Marilyn won over Mrs Lipsitch's heart. I loved this scene. I felt as if I were right there at the dinner table with them.

Yes it was. I was really drawn into this book. It was light and easy to listen to. I enjoyed Lee Ann Howlett's narration of this book. I felt as if it were Jane herself recalling her life with Marilyn.

I'm interested in more of both Tony Jerris' work as well as more from Lee Ann. Very well done!