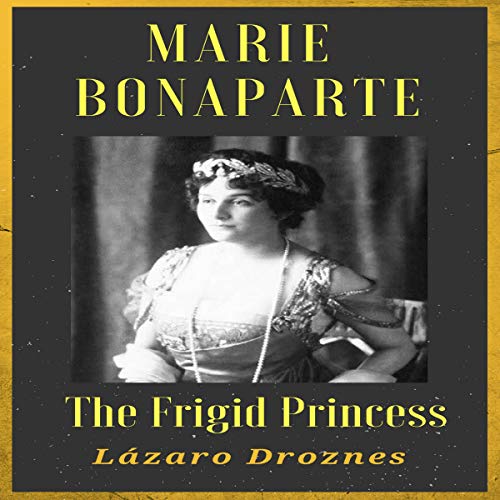 By: Lazaro Droznes
Narrated by: Jack Williams
Try for £0.00

In the year 1925 Marie Bonaparte, a direct descendant of Napoleon and immensely rich, asked the help of Sigmund Freud to perform a psychoanalytic therapy to cure what she called "orgasmic abnormality".

After the therapy failed, Marie Bonaparte underwent three surgical operations to move the clitoris closer to the vagina, with the purpose of achieving her vaginal orgasmic capacity.

She fails again and decides to devote herself to psychoanalysis, creates the Psychoanalytic Society of Paris and becomes an important personality in the international psychoanalytic community.

Between 1925 and 1939, the year of Freud's death, a relationship of friendship, cooperation, and solidarity developed between them, which led to the extraordinary help of Marie Bonaparte to obtain the Freud´s exit visas from Austria and his acceptance as a refugee in England in 1938.

This audiobook allows us to approach the intimacy of the relationship between Freud and Bonaparte, the details of the creation and development of psychoanalysis and the horrors of the Nazi irruption in Austria after the annexation.

Get this audiobook now to learn the details of a piece of European history between the two world wars!

What listeners say about Marie Bonaparte: The Frigid Princess

Ridiculous plot and narration. Don’t waste your money. I’d like to have mine back as well.