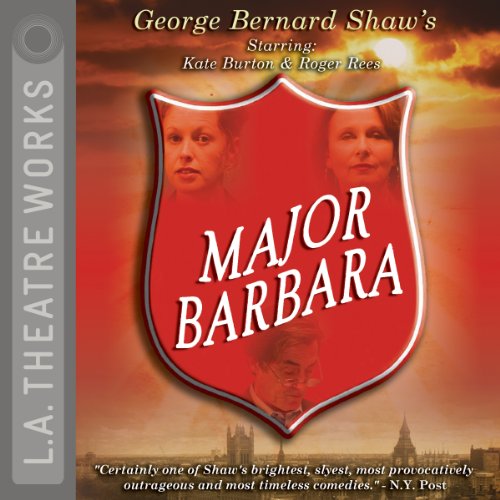 Barbara is a major in the Salvation Army - but she's also the daughter of Andrew Undershaft, a man who's made millions from the sale of weapons of war. The real battle, however, rages between between the devilish father and his idealistic daughter as they answer the question: does salvation come through faith or finance? This sparkling comedy traverses family relations, religion, ethics and politics - as only Shaw, the master dramatist, can!
©2009 L.A. Theatre Works (P)2009 L.A. Theatre Works

What listeners say about Major Barbara

GBS knew a thing or two

Enjoyable listening to a play 110 years old.Amazing that it has not dated so much and certainly the message comes through clearly,the Arms business is a dirty one and who has morals?im not sure if the Salvation Army deserves the implied criticism though.Neverheless a good story.