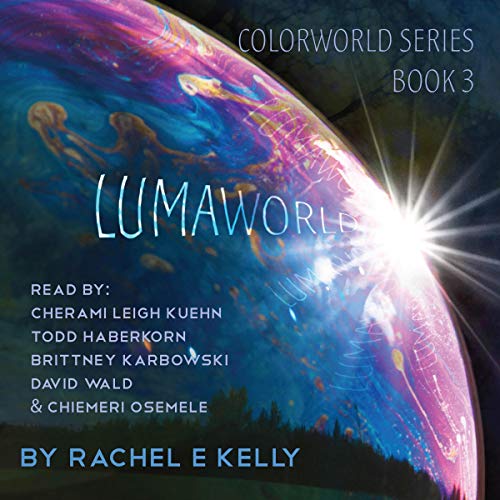 Every kid dreams of having superpowers. If you are Wendy Dumas, though, you have the power to turn anyone you want into a superhero, and the wrong people know.

Wendy now has Gabriel back for good, and her brother and adopted sister are by her side. With the team all back together, she’s not worried. She has lived with a death touch long enough to know that being on the run from a few ill-intentioned ne'er-do-wells is rookie stuff. Kaylen's expert take down of a whole team back in Monterey proved to everyone that Wendy won't go down without a fight. Between Ezra's brain, Kaylen's raw power, Gabe's willingness to think and do things others don't even entertain, and Wendy's physical threat of life; the team has managed to steer clear of everyone who thought they could control Wendy and her power.

But when Carl, Wendy’s long-lost father, turns up unexpectedly, he shatters Wendy's confidence that she can keep the people she loves safe from Louise.

This time, however, Wendy isn’t running scared. She can share the colorworld with the people who can touch her, and she’s hell-bent on saving everyone around her as she races against the odds. But Wendy isn't enough on her own. Can she bring herself to finally rely on those who have stuck by her? Whose side is Robert on?

Everyone knows all miracles come with a price; Wendy will find out soon enough what saving everyone will cost.

What listeners say about Lumaworld

This book has been my favorite so far in the series. I cannot wait for the next book to come out. As always the voice cast was amazing. Everyone did such a great job. I just started my second listen through of the book the other day. There is so much raw emotion in this book, the writing the descriptions are amazing. Rachel just keeps getting better and better with her writing.

Having read book 3 of the Colorworld series I loved all the action that was involved. :) Cherami Leigh continues to amaze me with her incredible performances as Wendy. Brittney Karbowski’s performance as Kaylen wants me to have her as a best friend. The producers for this series did an amazing job in choosing their cast. If you haven’t read Lumaworld what are you waiting for? :)

Each addition to the series astounds me! The effects added to this audiobook gave it a whole different feel and engrossed me into the story even more. The performance was spot on and if you are an anime fan you should recognize the voices. I look forward to the next book!!!

I love this series and Lumaworld is by far my favorite of the series. The Colorworld series, in my opinion, is underrated and deserves more attention.