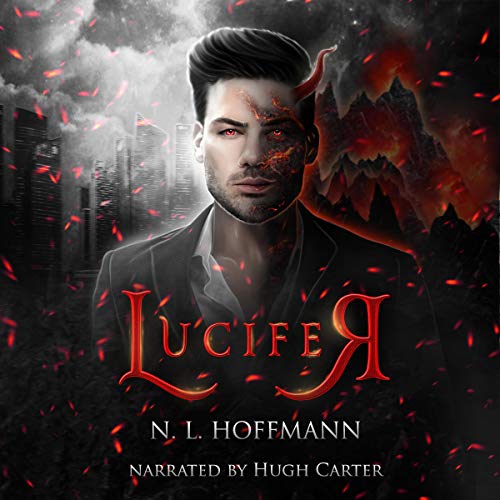 Lucifer wishes his brother, Aden...whose name you can't say in vain...would stop trying to change him. He wants to do something about it, to prove himself, but what can the devil possibly do to make the world a better place? After being told he must perform at least one good deed every 500 years, Lucifer pairs up with a young artist to find the Book of Souls and return it to Hell.

Because of her ability to touch someone and see into their soul, Maye decides to keep herself hidden from the world. Being an introvert is acceptable for an artist, right? But when she buys an easel and a plain, wooden box, her whole life changes.

The devil is the embodiment of evil, but when he meets Maye, the past hits him in ways that should not be possible. Over the centuries, he’s built an impenetrable wall around his heart, but piece by piece, it’s started to crumble, allowing old emotions to seep through.

As Lucifer and Maye work to find the book, they begin to question their own strengths. Question whether they can defend the world. All the while, they must battle their feelings for each other, hoping to avoid the idea that fate might just have different plans for them.

Can they succeed and save humanity? Or will destiny intervene and force two opposites together, unwittingly releasing chaos into the world?

What listeners say about Lucifer