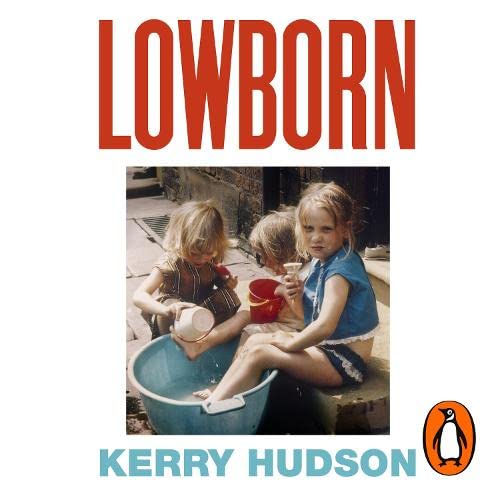 What does it really mean to be poor in Britain today? A prize-winning novelist revisits her childhood and some of the country's most deprived towns.

'When every day of your life you have been told you have nothing of value to offer, that you are worth nothing to society, can you ever escape that sense of being ‘lowborn’ no matter how far you’ve come?’

Kerry Hudson is proudly working class but she was never proudly poor. The poverty she grew up in was all-encompassing, grinding and often dehumanising. Always on the move with her single mother, Kerry attended nine primary schools and five secondaries, living in B&Bs and council flats. She scores eight out of ten on the Adverse Childhood Experiences measure of childhood trauma.

Twenty years later, Kerry’s life is unrecognisable. She’s a prize-winning novelist who has travelled the world. She has a secure home, a loving partner and access to art, music, film and books. But she often finds herself looking over her shoulder, caught somehow between two worlds.

Lowborn is Kerry’s exploration of where she came from, revisiting the towns she grew up in to try to discover what being poor really means in Britain today and whether anything has changed. She also journeys into the hardest regions of her own childhood, because sometimes in order to move forwards we first have to look back.

What listeners say about Lowborn

Everyone should hear or read this.

beautifully written in a way that seeks no sympathy but speaks honestly and with good grace. Growing up in poverty in the 70's held many a familiar tale for me however the book illustrated a gaping, terrifying difference. We had permanence of a decent social housing where the standards were maintained to a decent enough leave. Kerry Hudson if you see this, hat off to you for being brave enough to share your story. I hope your voice reaches far and wide.

What a beautiful story! Could not get enough of it and listened the whole thing in 2 days.
It made me widen my views on certain issues, weep and laugh and is so interesting and involving. Great job. Thanks!

I have loved all Kerry’ Hudson’s books. This is incredible. Her own story of past, present and future...raw and painful and a call to action. Humanising poverty, and the devastation of growing up poor in Britain. But it is a hopeful book if we don’t ignore our own responsibilities.

absolutely outstanding, thought provoking and memory jogging. No matter what class you identify with you Should read this book.

Such a gently written and beautifully narrated autobiography about such a rough and neglected childhood. My heart ached.

I’ve just finished this and all the hairs on my arms, and strings of my heart are vibrating. This is so much more than a memoir. This is exploring a personal history to speak truth to those in power, to do good, to affect change. The prose is breathtaking & the author’s delivery absolutely beautiful. A quiet, strong resonant voice for those who would be kept down, silenced, shamed & bullied into perpetual submission and self-sabotage. Riveting, pertinent and profound.

This book had a profound effect on me and I know I’ll think about it for years to come. Kerry’s writing transports you and you can feel her experience through it. It’s an absolute education in poverty that everyone should read.

This is a brilliantly written, readable interesting book, full of fun and strength. Everyone should read this to understand the struggles which take place not in far flung countries, but on out doorsteps. Understanding helps us to love and serve. A remarkable woman and inspiration. Thank you.

If this book doesn't make you think about the reasons for and the effects of poverty then you have not listened properly. Coming from a poor and poverty stricken background I've been waiting for a book like this which describes the problems girls and women ( most authors reflecting on their poor backgrounds are male) are faced with. Every member of Parliament should read this book to show how much damage they are doing to the lives of people.

Narration by the author always adds to the experience of a memoir for me. This was excellent and very touching.