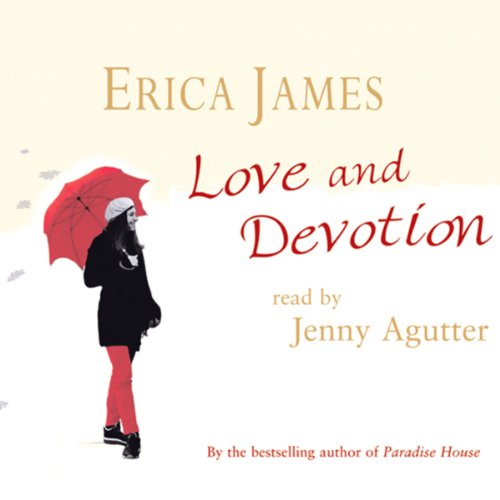 By: Erica James
Narrated by: Jenny Agutter
Try for £0.00

At 32, Harriet Swift thinks she has the perfect life: a satisfying career, her own flat, and a new boyfriend. But when her only sister is killed in a car crash, Harriet is forced to give up her well-ordered life and to help her parents look after her orphaned niece and nephew. Moving back to her childhood home and sacrificing so much doesn't come easy, and Harriet discovers things about her family she never believed possible. As she uncovers a web of secrets and lies, while rekindling old friendships with the McKendrick boys - the dangerously dynamic Dominic and his brother, Miles - she learns that the sister to whom she was devoted was not all she seemed.

The neighborhood's shabbiest house has a new occupant. In his mid-40s, Will Hart also thinks he has the perfect life. Having dispensed with an early mid-life crisis and swapped his career as a lawyer for that of an antiques dealer, he believes in living for the moment and is happy with his lot. He has everything he needs: two fantastic daughters to whom he is devoted and a comfortable home. But when he discovers he's about to become a grandfather, things unravel. From nowhere, tragedy strikes and he faces the biggest challenge of his life.

Harriet and Will have no choice but to piece together a new future, but can they see it through?

"A wonderfully humorous novel." (Woman's Own)
"As sparkling fresh as dew on the village's surrounding meadows....thoroughly enjoyable and fully deserving of a place in the crowded market of women's fiction." (Sunday Express)

What listeners say about Love and Devotion

Also I'd buy the unabridged version as its hard to follow the storyline. Had to give up due to sound faults throughout.

Will not be listening again

Abridged badly, So much of the plot missing. Having enjoyed the book, I was very disappointed.