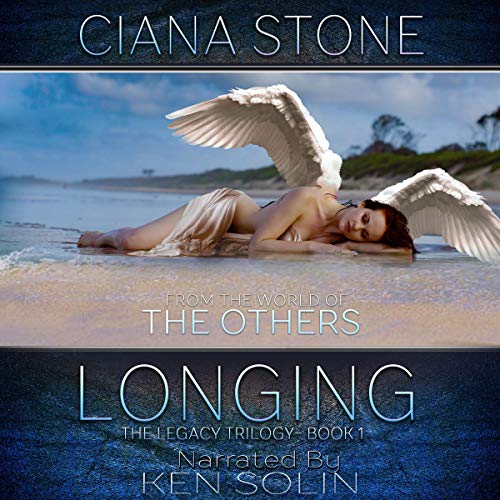 "The Man Who Has it All"

That was the title of the magazine article on Logan Legacy. He has it all, or so it seem from the outside looking in. But looks are all too often deceiving.

Yes, his family has wealth and power, but you know the old saying. "You can't buy love." Logan knows that all too well. He and marriage just don't seem compatible and he's reached the point where he'd given up. He'll learn to be content with his life as it is.

Then the letter comes. The one with no postmark or return address, the one with his full name handwritten on the front and noting else.

Only one person has ever called him that and he hasn't seen her in 10 years. Not since the night they made love and he woke to find her gone, not to be found despite his best efforts. Now there is a note from her bearing a cryptic message. "A Judas wolf walks among you."

Memories of their night 10 years ago and darker memories of a time when they were children flood back in and Logan knows he won't rest until he finds her.

Logan does not realize that finding Sabine will uncover truths about more than her mysterious disappearance 10 years ago. Truths long kept secret about his family will be brought to light along with the reality that we are not alone on this planet.

What listeners say about Longing

This first book in The Legacy Series is definitely a fight between good and evil. There are several different paranormal beings in this one and it jumps around quite a bit so you really need to pay attention. Once you get accustomed to the flow of the story it gets quite exciting. Both Logan and Sabine go through some tough times throughout this story however good does conquer evil in the end. One criticism is that I thought the narrator could have paused a bit when changing between scenes to give us a clue that the scene was changing! Other than that I thought he did a good job with the voices, though could have put a bit more emotion into his voice at times. I did receive a free copy of this audiobook however have voluntarily provided an unbiased review.

The storyline is too good- this needs to be RE-RELEASED 🧚🏿👼🏻🙏🏼

I love 💗 this story line from Ciana Stone and that’s why I pushed through Longing. I was excited that this was tied to all the other series. So I had to push through the narration. At first I hoped Ken Solin would find his grove but his voice changes for each character was all over the place. This spoils the experience of audio books.💔 I never like to be negative but from this feedback I hope someday Longing will be re-released with better narration. I do love the story❣️. Listen for the story 🧚‍♀️🧝‍♀️🧛🏽🧛🏻‍♂️🧟🧚🏿🧞‍♂️🧜🏻‍♀️🧜🏻‍♂️👼🏻🧚🏿🧞‍♂️🤰👼🏻👼🏾

This story is so good and I am so happy we got to see Joe again! I love all of these characters and the twists that this book had kept me hooked! Such a great start to this series and I look forward to more.

Narration was so so robotic and monotone it was hard to follow story line, since it is a trilogy I would think You should be able to enjoy it without listening to other authors books, but there was so many charatcters that just jumped in and out of story that it made it clear they are from other books... there was a lot of times when I just wanted to quit on this book, it was narrated so badly that sometimes it got confusing! and honestly it got so annoying when hero was called by his full name close to 200 times in this book,

Amazing that both of the main characters could flourish considering the evil that was directed at them. Their lives were not easy, but they were not defeated.