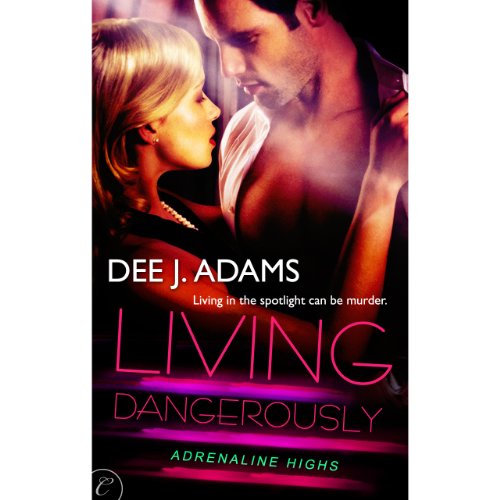 Julie Fraser, Hollywood's newest "it" girl, arrives on the red carpet to more than just the flashes of the paparazzi's cameras. A sniper's shots leave her bleeding and in the line of fire. Her life would be over if it weren't for the bodyguard who comes to the rescue - taking a bullet in the process.

Troy Mills, a P.I. working undercover, couldn't stand by and watch an innocent woman die, but now he's torn. How can he tell her that he's not a bodyguard, but a P.I.? A P.I. hired to prove that Julie is sleeping with the movie producer he's pretending to protect.

When a second attempt is made on Julie's life, Troy realizes that keeping her safe is more important than any supposed affair. And in order to keep her safe, he'll have to keep her close. But desire and danger are hot on Julie's heels. Who could have guessed that protecting an A-list actress would not only put Troy's life in jeopardy, but his heart as well?

What listeners say about Living Dangerously

This story did take time. I felt like it could of been told just as well in a little less time. The believably of the story is stretched many times but you have to remember it's a fictional story. It does contain some sexual content but due to the length of the book it's not much. I gave this one 4 stars because I do like the damsel in distress kind of story and this one has some interesting moments. I also liked the elements of danger. You don't immediately know who's trying to kill Julie so the suspense of not knowing which character is after her is good.

Also this is book 4 in the series and for those of you that follow a series of books, like me, this is a better addition than the last one. I think it could be a stand alone listen, so if you haven't gotten the previous books in this series you'd be safe to try this one.

Too many twists and turns

Too many twists and turns to be truly enjoyable. This is the fourth book in the series that I have read. All of the books have interesting characters and a generally believable plot. I consider the stories as a combination of hot sex with a little mystery.

This book left such a bad taste in my mouth that it almost ruined the series for me. The
only reason this story was able to earn 3 stars was because it was about half way into the story before it got weird. I expected a mystery but this story took the mystery in such a that it caused me to lose all believability. For about half of the book the mystery lead in one specific direction then suddenly it split with the story reality and went into a bizarre direction.

Finishing the story for me then became more about how bizarre the ending might become than the characters resolving their love. Lastly, while I applaud the author for attempting the narration herself the narration was more of a distraction than anything else. The majority of the male characters sounded the same and the female characters were only distinguishable by their style of speaking not their voices. I had to rewind several times to to distinguish who was talking to pick up a conversation's meaning.