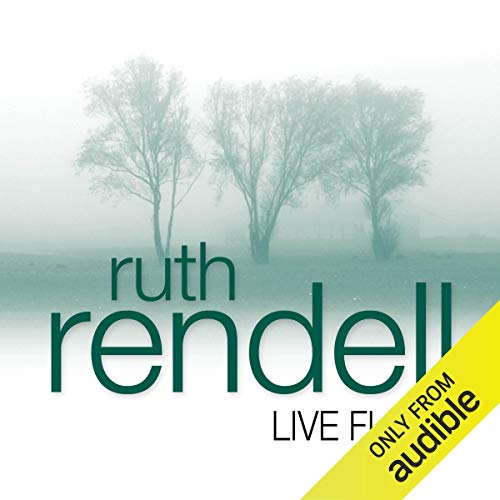 All his life, for almost as far back as he could remember, Victor had had a phobia. In prison, inevitably, he reflected on the grotesque way it had begun, about the panics and violent anger. He asked himself, too, why the child of happily married, middle-class parents should have needed to make motiveless and unreasoning attacks on women.

Holed up in that house with the girl, he had not meant to pull the trigger. It was panic. Panic, which came over him like a second skin, prickling him all over, crawling on him.... An attempted murder not only brings Victor Jenner face to face with himself, but also involves him in a strange and doomed triangular relationship.

What listeners say about Live Flesh

What made the experience of listening to Live Flesh the most enjoyable?

It was a pretty engrossing listen - interesting and dramatic. Rendell (as ever) brought the characters to life and the twisty plot really complemented the slightly drab suburban London background.

What other book might you compare Live Flesh to, and why?

Any thriller really - I note that Pedro Almodovar based his film, 'Live Flesh' on Rendell's book (although it was a pretty loose fit...) so it's clearly quality material.

What does Ian Holm bring to the story that you wouldn’t experience if you had only read the book?

I don't recall ever reading the book, but Ian Holm's performance was excellent - especially whilst portraying the main character, Victor.

There already is a film of this book!

I loved the narrator, he kept me engrossed.

The main character is not at all a likeable character.

One of her best

A terrific story, made all the more enjoyable of you have seen the Almodovar film: clever, twisty, compelling.