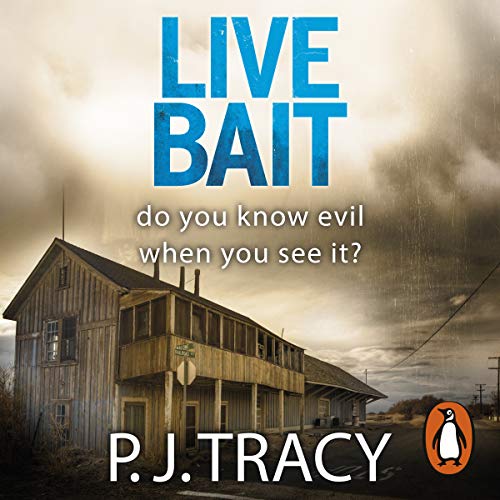 When elderly Morey Gilbert is found, lying dead in the grass by his wife, Lily, it's a tragedy, but it shouldn't have been a shock - old people die. But when she finds a bullet hole in his skull, the blood washed away by heavy rain, sadness turns to fear. It looks like an execution....

Soon a whole city is fearful as new victims are found, killed with the same cold precision. All elderly. All apparently blameless.

Detectives Gino and Magozzi, race to uncover a connection and their best hope of doing so may be Grace McBride, beautiful, damaged survivor of an earlier killing spree. And the answers, it seems, are buried in a terrible past.

"A fast-paced, gripping read with thrills and devilish twists." (Guardian)

What listeners say about Live Bait

I love these books, having read them many years ago I am delighted to find them on Audible now.
The story is good with twists and I just love the characters. I'm off to read the next in the series!

twists and turns. good story. well laid out and not rushed. continuing to book 3.

The plot for Live Bait is another example of the intelligent and gripping story writing talents of the team that is PJ Tracy.
I was hooked from the first to the last word in this brilliant thriller that had an emotionally charged plot.
Sarah Borges' voice acting really did the story justice,

I love this book :) amazing story and a wonderful read. keeps you on the edage of your seat.