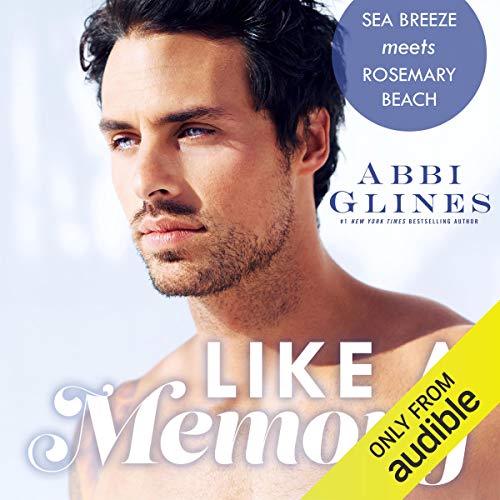 By: Abbi Glines
Narrated by: Matthew Holland,Charlotte North
Try for £0.00

One memory. One special summer.

The one thing Bliss had lost herself in when the fear and sickness were too much, moments never to be damaged by the harsh reality that followed...until now.

Bliss York didn't live a normal teenage life. She didn't go to Friday night football games, walk the halls with her friends every day, go to her prom, or even walk to receive her diploma. It had all been taken from her the fall that she was 15 years old and she was given the diagnosis no one ever wants to hear. She had leukemia.

Seven years after spending a summer with a girl who he knew would always be his first love and the one who got away, Nate Finlay returns to Sea Breeze to help his fiancé open her new boutique clothing store. When the new employee walks in, Nate is taken back seven years to the girl he thought he'd love forever. The one who never answered his calls or returned his texts. The one who shut him out completely with not even a goodbye and broke his heart.

They've each become someone different. No longer the young teens with stars in their eyes. But does that matter when your heart still says that's the one?

Not quite the same Abbi Glines magic.

Okay, so I'm a huge Abbi Glines fan and have read all her previous books. I was expecting more of the same magic as with her Rosemary Beach and Seabreeze series and this is a completely new one.

We do get to hear about previous characters which totally warmed my bookworm heart and we get to catch with them a bit. Still, the characters seem a bit two-dimensional and never fully come alive for me. The main story between Bliss and Nate is a total slow burn until about midway through and then their story begins to takes off. We never really get glimpses of their romance when they were younger which made me a bit sad, but we do get glimpses at other characters. (Get your family tree out for this one!) Still, the story had enough Abbi Glines magic to pull it off and make me like it. This book was good, it just wasn't amazing like I'm used to. 3.5 Stars.

Narration by Charlotte North and Mathew Holland was great. It was my first time listening to either narrator and I've got to say that I really enjoyed Charlotte's performance. Hers really stood out for me. I'll definitely be looking for more of her audios. Mathew was also great as Nate and together with Charlotte they did a great job bringing this book to life.

I miss the Sea Breeze & Rosemary Beach kids so this was a fun book to jar my memory. This was a pretty sad and dark book, especially for Abbi Glines but I enjoyed that. It didn't feel like her normal story's but that wasn't a bad thing. I'm not usually a fan of the "innocent" adult female and the bad boy type story lines but this one worked for me because of past circumstances. I loved seeing some of the original Rosemary Beach & Sea Breeze characters as great parents to their adult children. It kinds brings their stories full circle for me.

The narration was good.

Normally I don’t like the kid’s kinds of stories. But I have to say I really liked this one.
Being a fan of both series it’s like getting to be with old friends even if you’re just meeting these characters for the first time.

It was slow going, and I liked that but I kept waiting for something, but once you hit about half way then it all starts to come together.

I lovvvvvved the ending, it had me laughing out loud. I &lt;3 Cage York. Always have and always will.

On to the next!

PS: The narrations was perfect for this book, I really liked Charlotte’s performance. I enjoyed Matthew as Nate.

No, no and no.
I've read and loved so many books of Abbi Glines'. This one was just I stopped and gave up and then was like well I paid for it so I better finish. I'm kind of sorry I did.
The story was so so so immature. The characters were naive. Nate was so dull. I liked the start and that was it. I hated the ending. It was rushed and the twist was kind of a reach.
I wish Abbi would start writing a little bit older adult, not YA or NA. I feel like she's done all she could in the YA or NA stories.

No substance in the writing and zero genuine depth in feeling. Male narrator not a good fit. Couldn't finish book

Maybe a story not sure

I didn’t enjoy the dialog. Maybe this is Ya but nothing worked together for me. The dialog, the complications, the male narrator , who sounded like he could have been her father. I didn’t like it.

What a great story I personally just wish the sex scenes were not so explicit. I get it that a lot of people enjoy that it just really makes it hard when you are listening to a book and that comes blaring out of your speakers. Like I said love the story I just think that the sex can be toned down because we get it. Leave something to the imagination. Or put in the description that it going to be there. Just saying. Still giving 5 stars because The story it was great the narration was great.

I’m loving this series. I hope that this series get more books and more stories. 100 percent recommend.

Not only did I read this book, I also listened to it. It’s really good from start to finish. My emotions were all over the place in some parts. But I loved every one of them. I need more of Nate and Bliss!!

I enjoyed this audiobook as I have all Abbi Glines books. The crossover of two of her beloved series was exciting and refreshing.