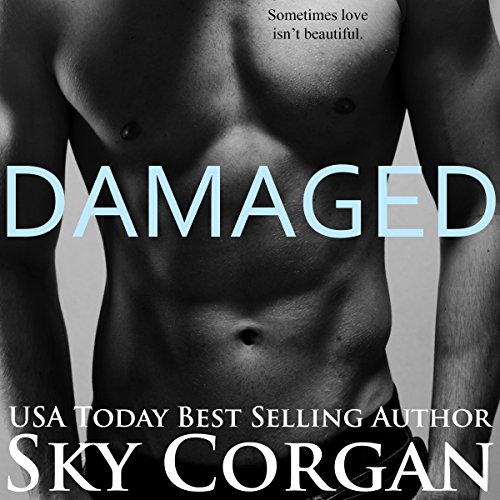 Adjusting to a new town was hard for Tara Edwards. Luckily, she was able to find a friend in Darren Jones, the boy whose family owns half the city. He offered her protection and friendship, but what he wanted in return was more than Tara was willing to give.

Eventually, Tara leaves the city she grew up in, looking to start a new life. What she cultivates is far from the traditional progression of things, and Tara soon finds that sometimes what you don't want is exactly what you need.

When tragic circumstances cause her to return to the city that she hates, it feels like everyone she has ever damaged is there to haunt her. Just when it seems like the ghosts of her past are going to drag her down into the pit of despair, there's a light at the end of the tunnel in the form of an old friend. But when things turn a bit more than friendly, Tara finds herself caught between two men, trapped between her past and her future.

Damaged is loosely based off of Behind Her Green Eyes, a novel referenced in the Wrong or Write series.

What listeners say about Damaged

I loved this book all about these 2 best friends Tara & Darren. We see them do everything together, all their firsts together from Nursery School until she left at 18 & I do mean ALL THEIR FISTS. Then she becomes this selfish b**ch where she pushes him away and speaks such hurtful things & becomes this different person who very rarely went home to see her parents, nor Darren until this life changing day and she had to go back home and see's him again. Even more gorgeous to what he was and she learns more of what his life was like and yes there is such anguish moments during this story that I could've slapped Tara &/either told Darren to forget about trying to win her actual love. Then when we see the connection these 2 have for each other even after nearly a decade apart, you just want them to get together and work out full heartedly.

Tara is a selfish beyond belief!!

The character Tara made me so angry. She was selfish to her family and friends. I sold leg to read more passion maybe more details in the characters. They seem a bit too unrealistic. Darren sounds like a wonderful man that deserved better than Tara.

Love the Story, Hate the Heroine

I really enjoyed the story and I think the narrator did a fantastic job with the male characters. However, I really cannot stand Tara. She is flaky, entitled, spoiled, and I just want to scream at her. She didn't grow as a person I think and so I am a little miffed about the ending.

the story was OK but the narrator was awful. sounded like a little girl

This story is so good, sexy and amazing!
The writing, characters and story are so mesmerizing and intriguing that I was up all night reading. The story was full of sexual desire and I loved Darrin from the beginning. My heart took a beating with this story, as I laughed and cried and felt everything. So f...ing good!!!
l

This is a story that I am not sure needed to be told. Tara is a selfish, self centered, spoiled brat who never grew up and I am not sure she ever figured out what it means to truly love someone. Why Darren would want her is beyond me.

Narration: I cannot tell emphasize how terrible the narration is for this story. This performance is among the very worst!

I used a credit for this listen and I am asking for it back!!