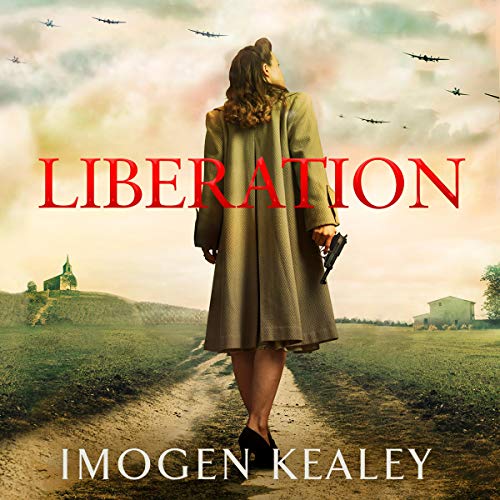 By: Imogen Kealey
Narrated by: Penelope Rawlins
Try for £0.00

The must-listen thriller inspired by the true story of Nancy Wake, whose husband was kidnapped by the Nazis and became the most decorated servicewoman of the Second World War - soon to be a major blockbuster film.

To the Allies she was a fearless freedom fighter, special operations super spy, a woman ahead of her time. To the Gestapo she was a ghost, a shadow, the most wanted person in the world with a five-million Franc bounty on her head.

Her name was Nancy Wake.

Now, for the first time, the roots of her legend are told told in a thriller about one woman's incredible quest to save the man she loves, turn the tide of the war, and take brutal revenge on those who have wronged her.

What listeners say about Liberation

A reaaly enjoyable audiobook. Good story, superbly narrated. Quite a bit of strong language, some of it uneccessary but still a great book.

Wish I hadn’t wasted a credit on this

The book was not great, the story was thin and the gratuitous swearing pathetic. What made it even worse was the shocking narrator and her ridiculous voices for different characters, she sounded like something from Allo Allo at times. Why don’t you hire more actors to voice different characters because it’s excruciating listening to a female attempt to voice a male character and vice versa. Overall a total waste of time, the best thing was it bored me to sleep

This is a good story but the language is appalling!!! This author has written an amazing story but my goodness did she have to include such filthy language. It totally spoiled the book. I stopped after a while and returned it as unsuitable. The narration of the various accents was poor. I would not recommend this book.