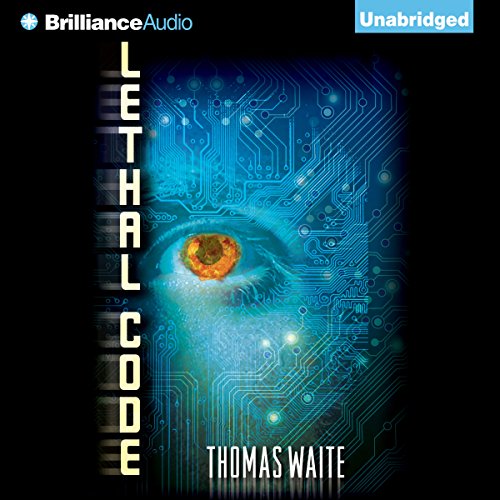 America’s worst nightmare has come true: a "cyber-Pearl Harbor" attack by unknown terrorists has crippled the nation’s power grid - and brought the land of the free to its knees. As widespread panic and violence ravage the country, its ruthless captors issue their ultimatums…and vow an apocalyptic reckoning.

A defenseless nation scrambles to fight an invisible invasion. Chief among America's last line of defense is Lana Elkins, head of a major cyber-security company - and former top NSA operative - who returns to her roots to spearhead the Agency’s frantic efforts to combat the enemy’s onslaught on its own terms. While she and her superiors take action to infiltrate a terrorist hotbed overseas, much closer to home ruthless jihadists with a nuclear bomb hijack a busload of schoolchildren - including Lana's daughter - and race toward a rendezvous with Armageddon in America’s greatest city.

The End of the World

What disappointed you about Lethal Code?

The vocal performance was so robotic I switched off audible and just read the book after chapter one. For a while I thought it was computer generated.

It's a bit too "end of the world" for me. I don't think I've read fiction so apocalyptic without aliens in it.

I didn't really like the narrators voice, Sadly I liked the story even less. It felt like fiction by numbers.

I enjoyed this novel

The story here really had be captivated. I will definitely look for more from this author!

All too easy to imagine really happening!

Nicely done.. In today's political environment it is chilling to realize just how easy this could actually happen.

Good book but not perfect

Overall, I must say that I enjoyed the book. However, I felt the performance could have been a bit better. Tanya’s attempts at multiple voices made me slightly uncomfortable for some reason, though I’m sure it’s a mere personal preference and others will enjoy it just fine. As for the story, I felt that the premise was well thought out but the story lacked a great ending. I don’t want to post any spoilers, so I’ll just say that as a worker in the IT field, I desired a more technically detailed ending.

The story doesn't flow well and the writing was subpar. I really wanted to like it but quit after five chapters.

Interesting plot but was painful to listen too at

I enjoyed the story, but this was one of those readers who shouldn't try and do the voices of the characters, it was quite painful at times

Nonstop edge of your seat action!

If you weren't ever thinking of becoming a preper these book will definitely change your mind for good!