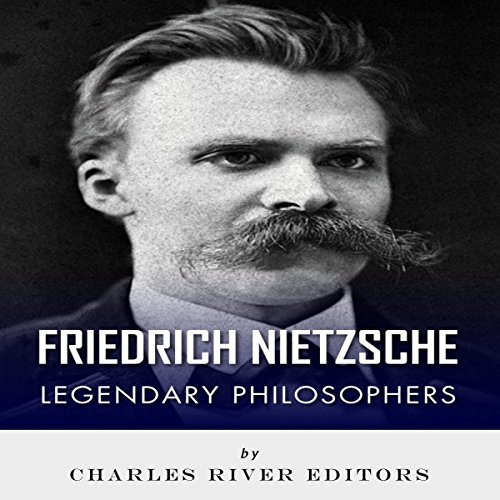 Legendary Philosophers: The Life and Philosophy of Friedrich Nietzsche

"There are no facts, only interpretations." (Nietzsche)

A lot of ink has been spilled covering the lives of history's most influential figures, but how much of the forest is lost for the trees? Among all the knowledge and pursuits handed down by our ancestors, few were as important as philosophy, which literally taught people how to think and became directly responsible for ideas like reason and empiricism. Men like Socrates, Plato, and Aristotle formed the backbone of Western philosophy, and subsequent philosophers like Marcus Aurelius and Thomas Aquinas expounded on previous philosophy. In Charles River Editors' Legendary Philosophers series, listeners can get up to speed on the lives of the most important philosophers in history in the time it takes to finish a commute, while learning interesting facts long forgotten or never known.

It might be fair to say that everyone's thinking has been influenced at one point or another by Friedrich Wilhelm Nietzsche, or at least someone who was influenced in turn by Nietzsche. Nietzsche (1844-1900) was one of the most influential men of the 19th century, a German philosopher, poet, and composer who wrote at length about everything from religion to science. In addition to the importance of his work, he was a deft writer and polemic, ensuring his continuing popularity among readers.

Nietzsche's influence remains substantial within and beyond philosophy today, most notably in existentialism, nihilism, and postmodernism, all thriving movements in the 21st century.

What listeners say about Legendary Philosophers: The Life and Philosophy of Friedrich Nietzsche

What made the experience of listening to Legendary Philosophers: The Life and Philosophy of Friedrich Nietzsche the most enjoyable?

I knew a bit about Nietzsche's writing but very little about his life. Great to have some context, particularly in relation to his contemporaries.

What does Mark Linsenmayer bring to the story that you wouldn’t experience if you just read the book?

His reading of the excerpts that appear throughout the book make them more accessible than in their written form. I also really enjoyed the narrator's pace -- I find most of Audible to be too slow. Well done!